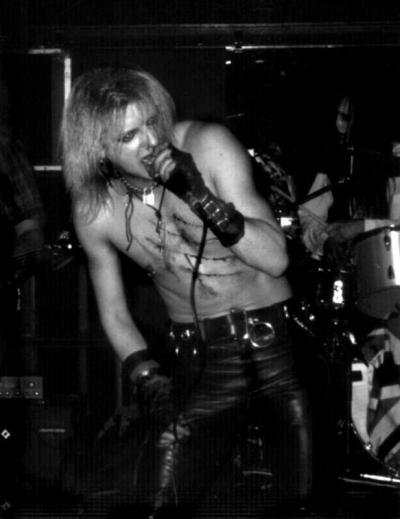 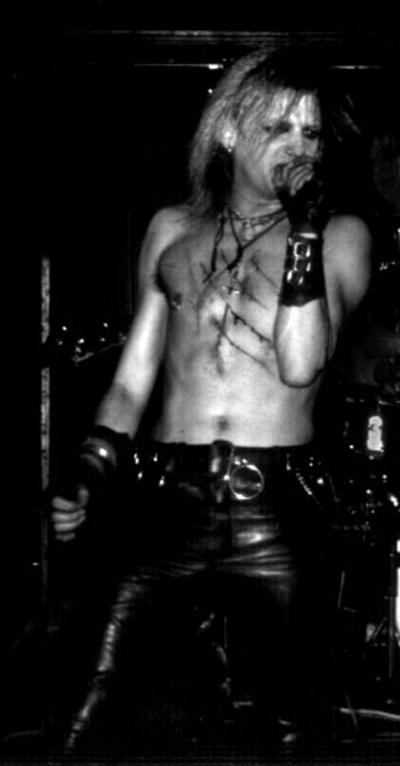 Nobody's Heroes live on stage at Rockworld. Date uncertain. Probably 1993. Photo shows me [stíobhart matulevicz] in mid-warble. I've not been attacked by an escaped zoo animal. I used to slash my chest with a scalpel blade before going on-stage, to psyche myself up. You tell the 'snowflake' kids today that and they won't believe you!