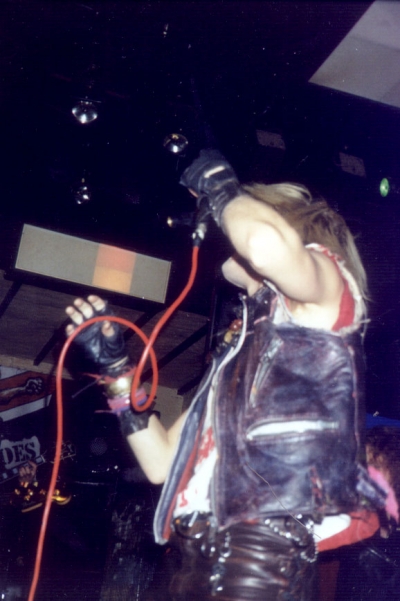 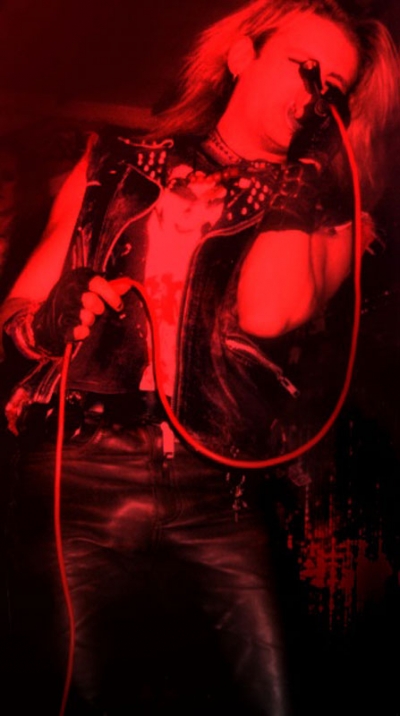 Nobody's Heroes playing live at... it's either Rockworld or The Banshee. I'm going to plump for The Banshee because the stage in Rockworld had a higher ceiling. Date uncertain. Probably late 1992 /early 1993. Photo shows me [stíobhart matulevicz]