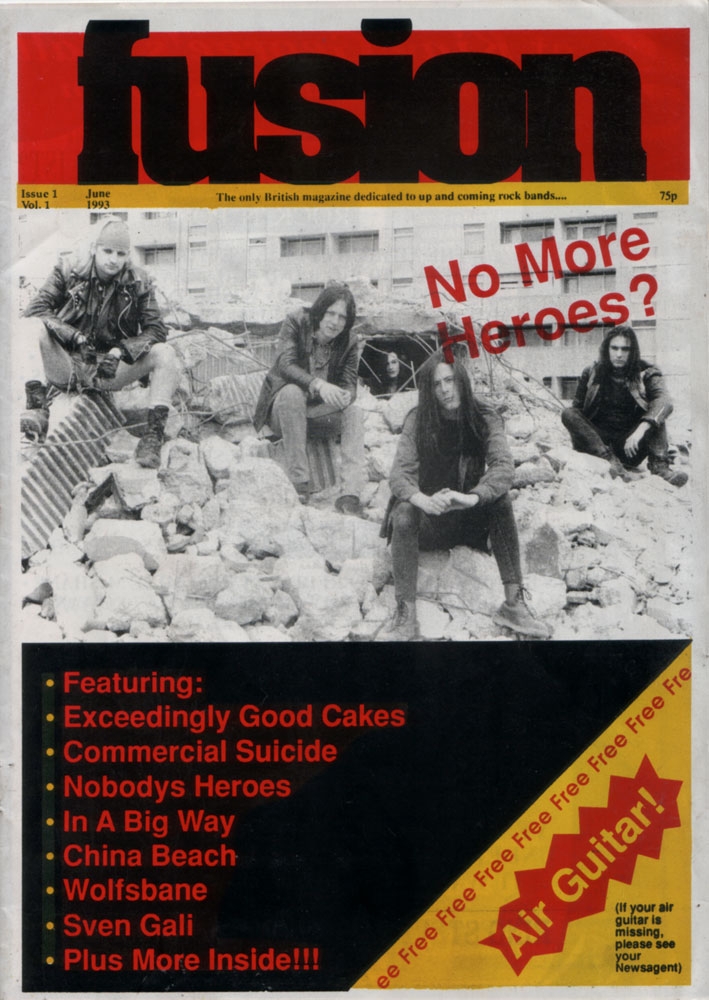 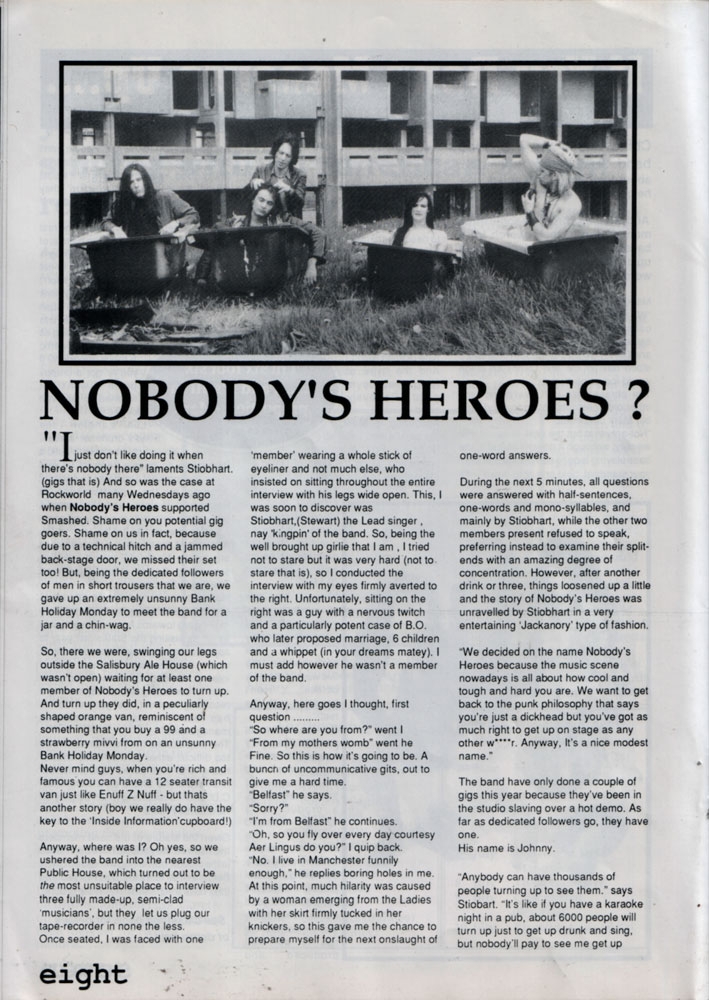 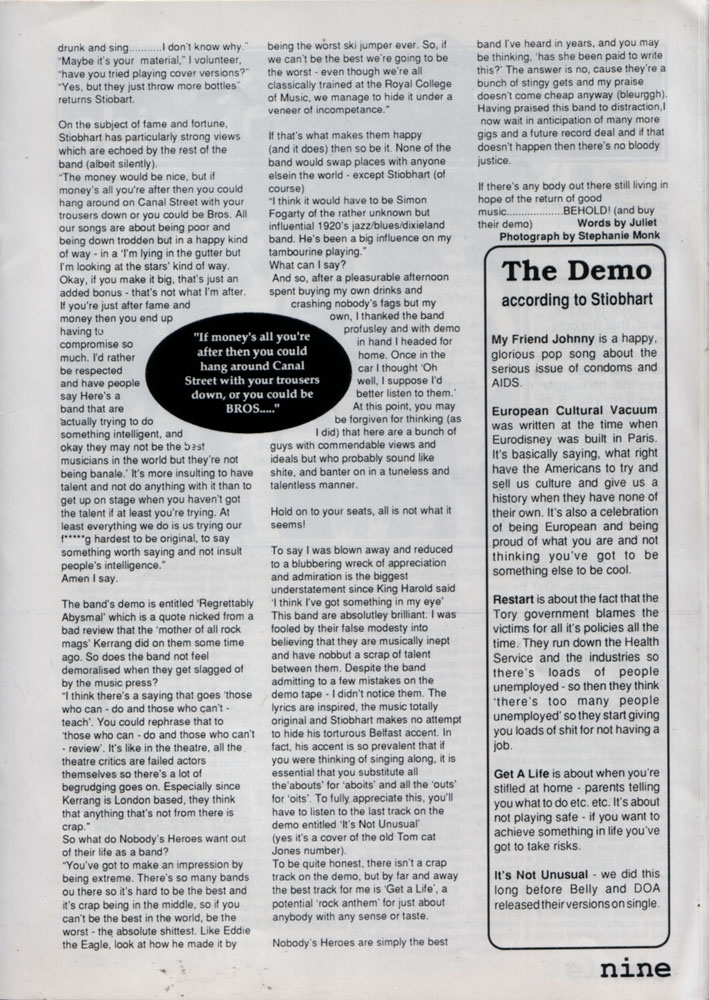 Fusion Magazine from June 1993 which featured Nobody's Heroes on the cover and in a two-page centre spread [No. Not that sort of centre spread!].

Cover photo was taken in and around the legendary Crescents in Hulme where I [stíobhart] lived and where the band used to rehearse in an empty squat. Lots of rubble about as the Crescents were being demolished at the time.