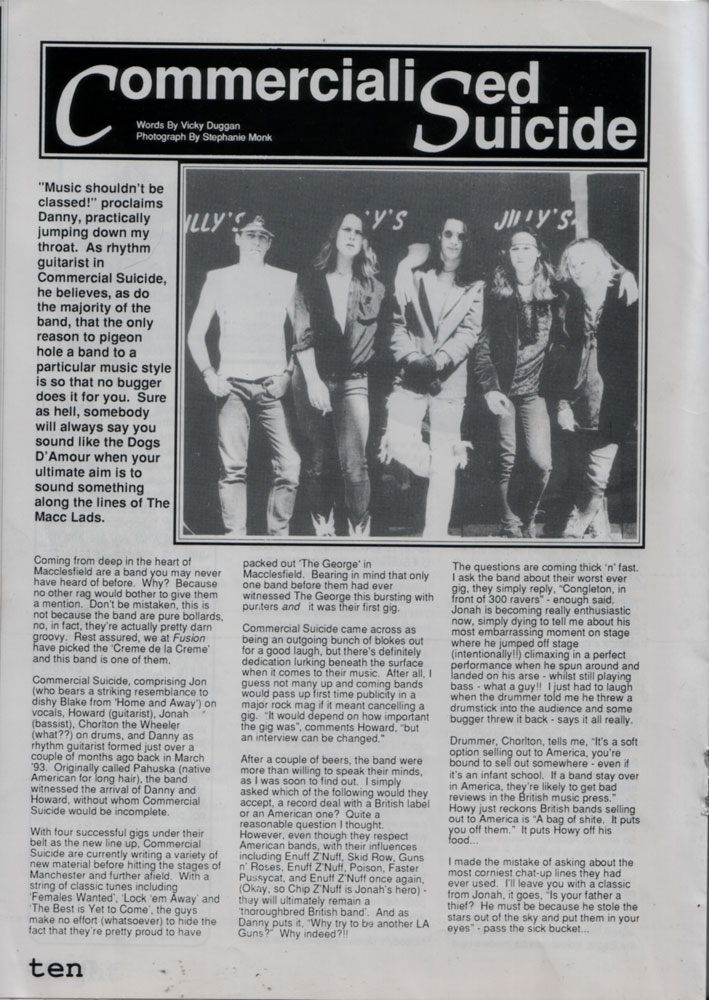 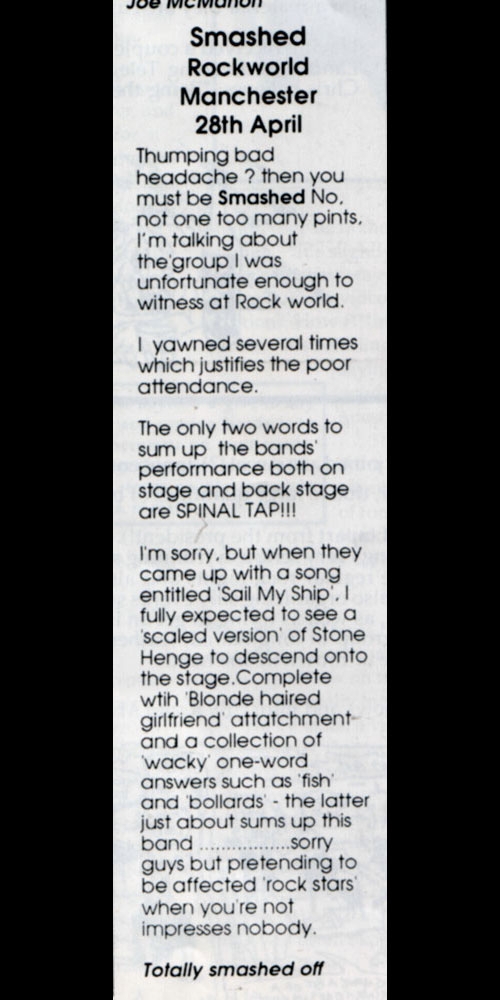 More from Fusion Magazine from June 1993 which featured Nobody's Heroes on the cover and in a two-page centre spread [No. Not that sort of centre spread!].

These other clippings are:

2: A quite scathing review of Smashed --I probably kept this as; out of all of us who were in bands in the alternative scene in those days, Smashed seemed to be the ones most destined to make it. So I was doubtless childishly delighted to see them getting a bad review!


Nobody's Heroes [affectionately nicknamed 'The Nobs'] were a Manchester Rock/Punk band and comprised: