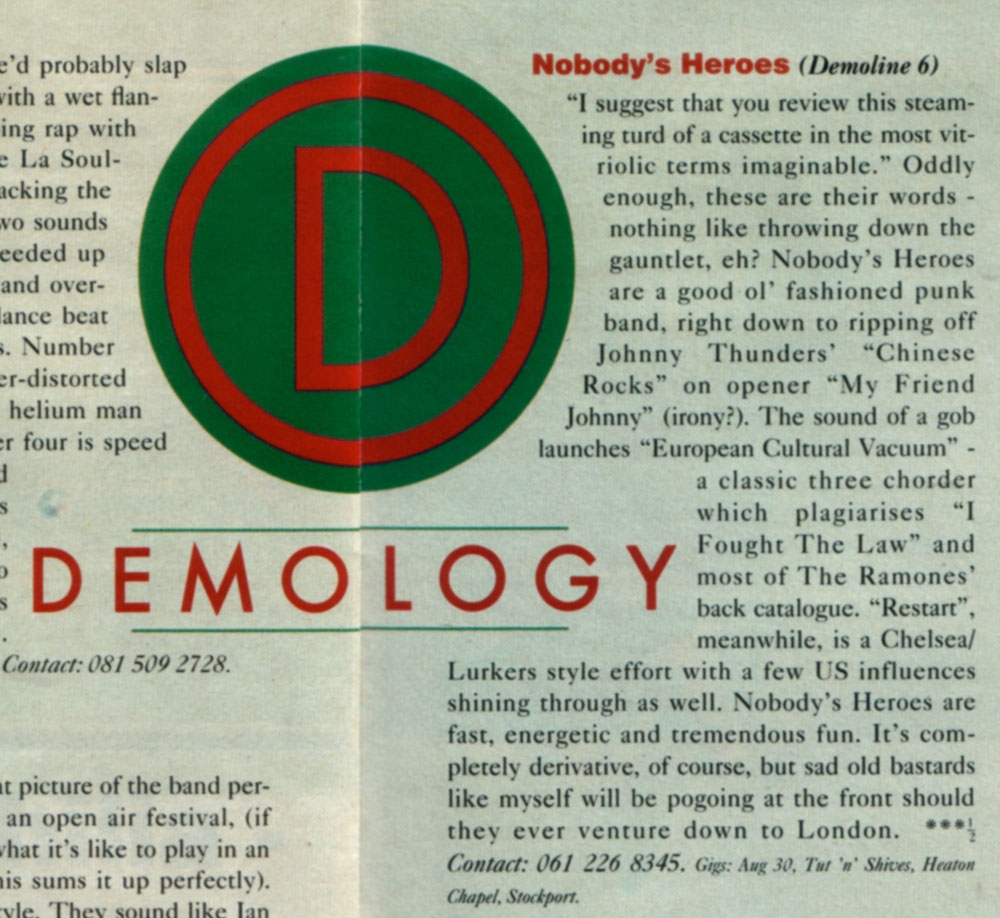 Quite a decent review. But how quaint it seems now that the magazine had a "Demo Line" where you could ring, press the number for the song you wanted and then hear it in all its tinny glory down your landline phone earpiece.

Yes kids. There was actually a time before mobile phones and the internet! And, as if that wasn't archaic enough, our EP was released on cassette! Oh the humanity!