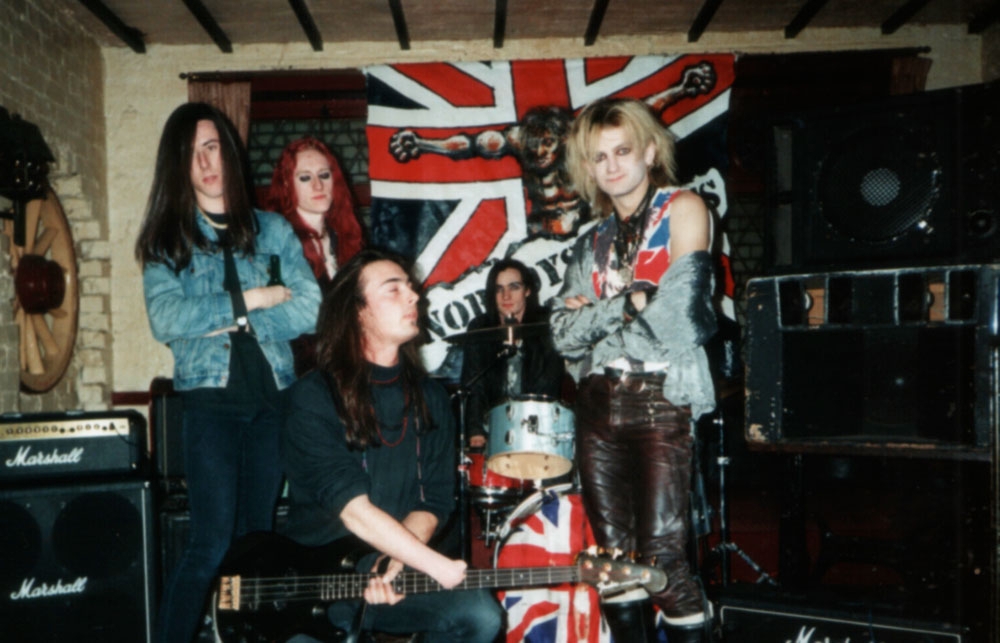 Nobody's Heroes posing pre-gig at an unknown venue. I have a sneaking suspicion it might have been that legendary rock pub in Stockport where everyone used to play. But damned if I can remember the name of it!