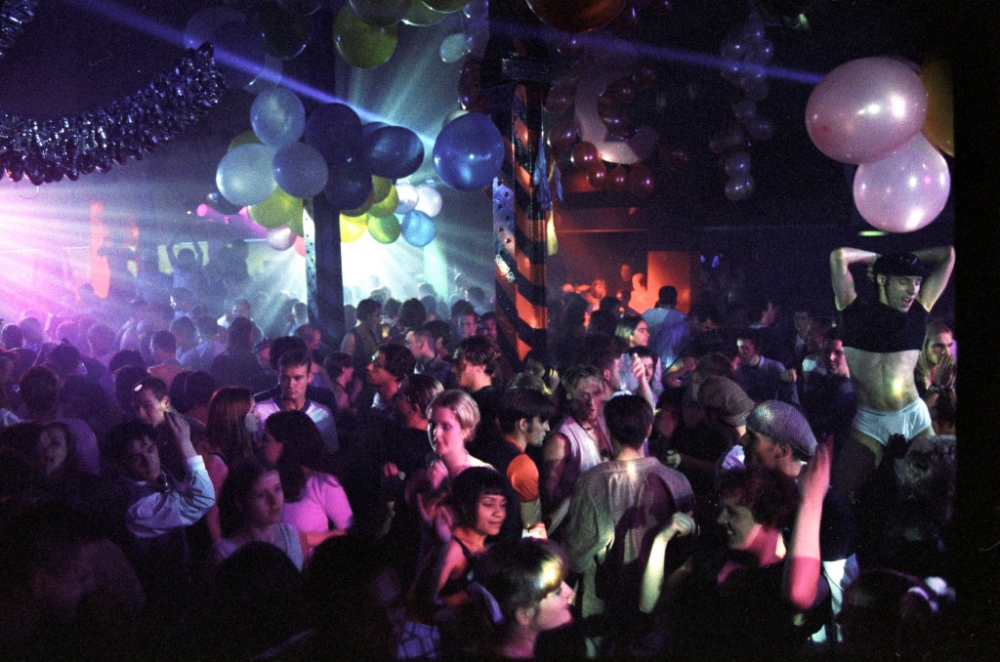 Few photographers have documented Flesh at the Haçienda as well as Jon Shard. This was taken around 1994 and shows the way the venue itself was “dressed to impress” by promoters A Bit Ginger, who wanted to glam up the Haçienda’s rather chilly industrial chic.

This image featured in the MDMA exhibition 'Queer Noise' at People's History Museum in 2017.