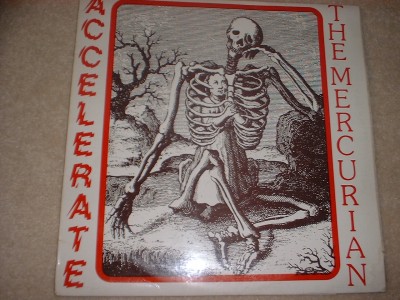 I picked this LP up the other day at a car boot because of its Manchester connections. I know nothing about the band's history or the label apart from the notes on the sleeve and an enclosed promo sheet. There's not even a release date on the record or sleeve! The band includes Steve Hopkins who was in the Invisible Girls with Martin Hannet and the record was released on Steve's record label, Arcadian Research Authority, based in Whalley Range. Judging by the sounds its probably an 1982 release in an "indie pop" style.

All Tracks recorded at the eight track studio at Graveyard Sounds, Manchester and mixed at Revolution Studio, Manchester.

All songs written by Steve Hopkins and Finbar Myron

Big Block 454 Says –
Isn't this Richard Darbyshire, who was later in Living in a Box?

I hired some recording gear off Steve Hopkins at around the same time, and seem to remember seeing this album...

korova Says –
You're right ! A search of the net shows it is the Richard Darbyshire of Living in a box fame.

timwit Says –
Lenni & Darwin were the same person (ex Sad Cafe)... & it's Tim Witham, not Wuthum. I beleive Steve Hopkins is now Doctor of Physics. 2000 copies were made. John Peel played it.

I'd be grateful for a rip of this, by the way.

dave wright Says –
I was given a copy of the album (alas lost now) by a friend who did some backing vocals on it. -he was dragged along to the studio by a session guitarist he knew. Niether were mentioned on the credits, but I'm sure Colin Seddon of AQUA & BITING TONGUES fame appeared on it. 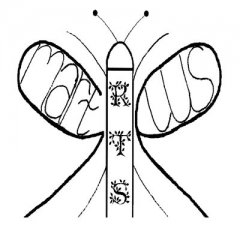 Just a quickie to let you know that Steve's website is: www.lumifont.co.uk/ and includes news of all his musical and physics achievements.

The ARA label is no more and 355 Wilbraham Road has been an old peoples' home since 1986. Steve is now a Post Doctoral Research Associate at Durham University, currently designing and building a YbCs mixture experiment to study dipolar quantum degenerate gases (whatever that means - Ed) and, is a tutor on first year lab courses and co-supervisor of several fourth year MSc student projects..

Meanwhile, I have collected 48 videos, so far, of various bands Steve features in and the can be seen at
www.youtube.com/w...

Apart from all that, the info given in all the other above comments is correct :)
If you'd like to leave a comment, please Login. Login
Manchester Digital Music Archive is licensed under an
Attribution-NonCommercial-ShareAlike 4.0 International License.
Charity no. 1164179
Our archive currently contains 3831 Bands, 752 DJs, 1454 Venues, 303 Industry Professionals and 29438 artefacts contributed by 3984 members.