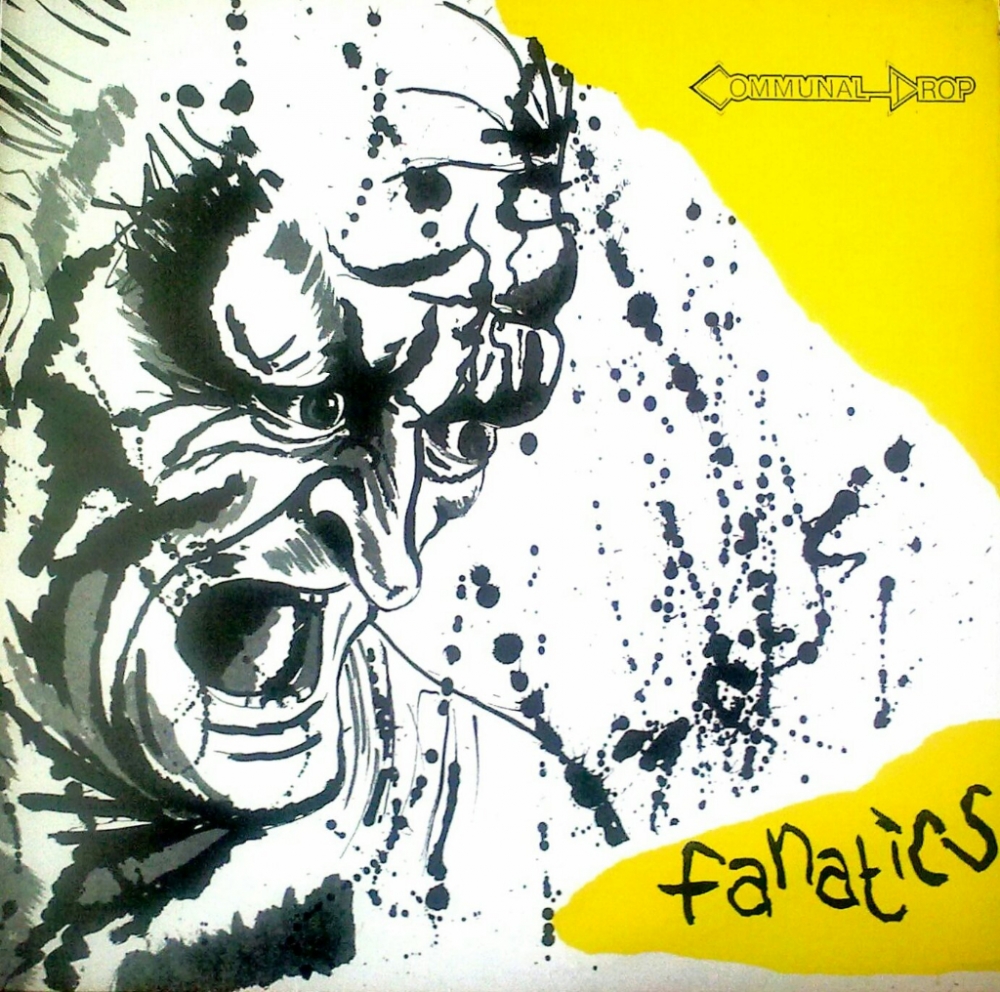 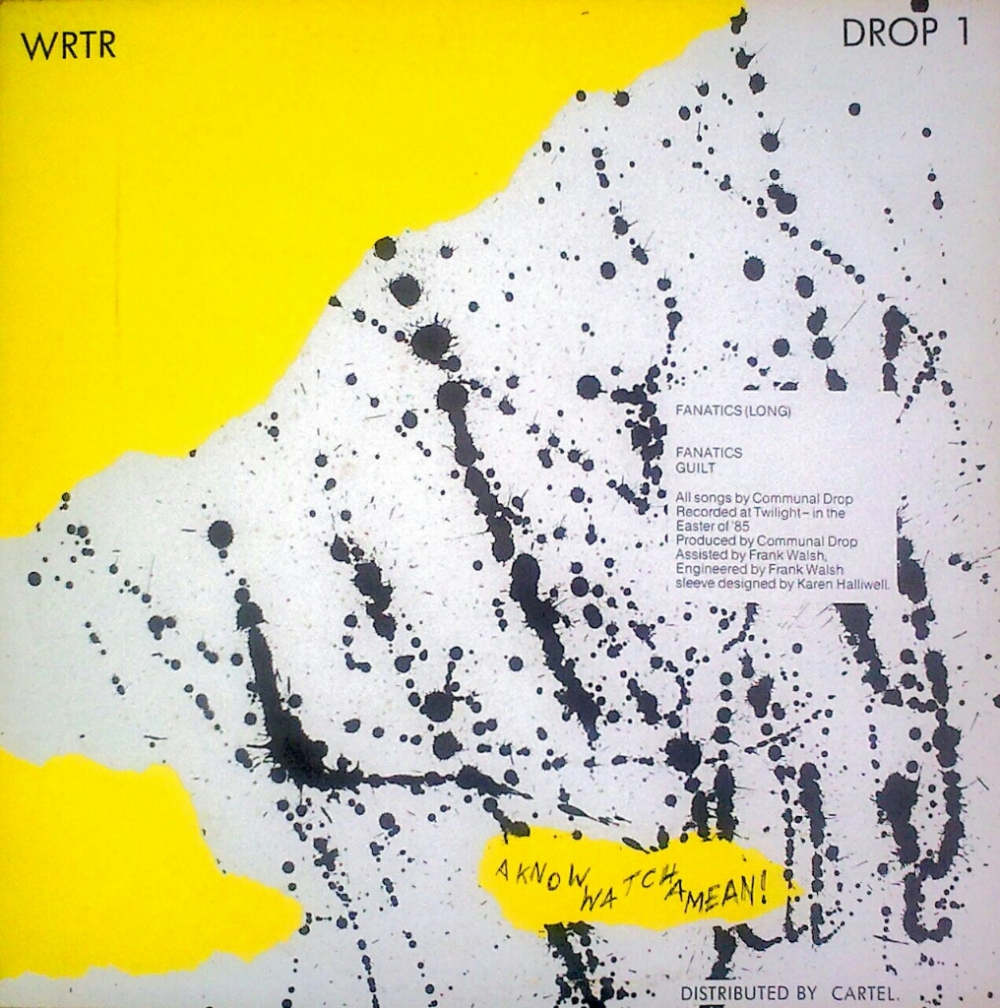 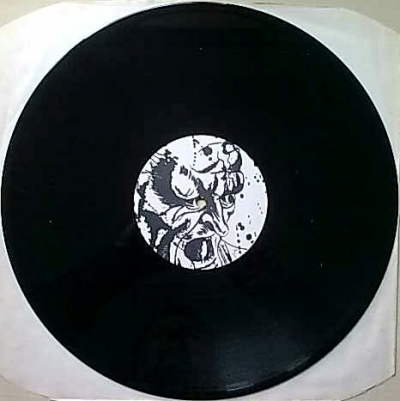 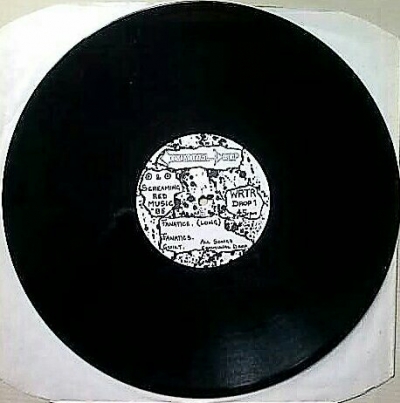 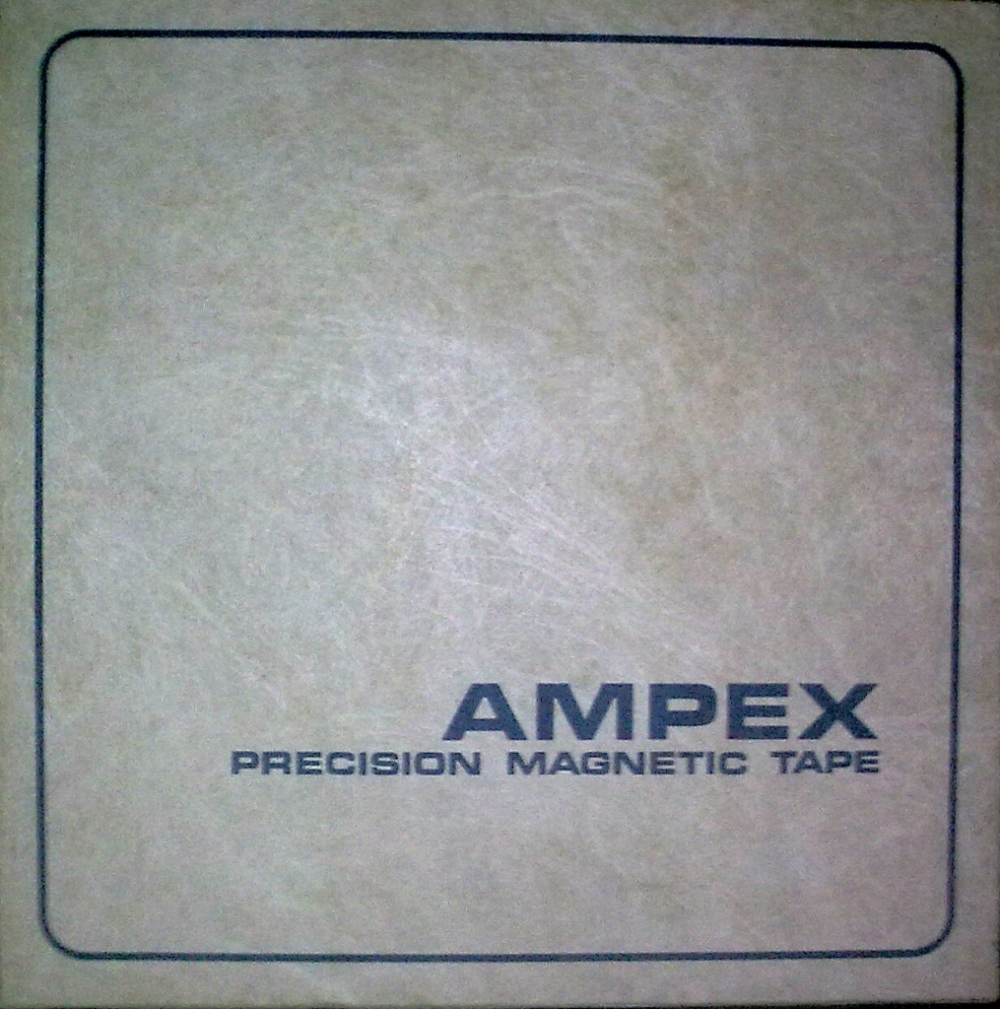 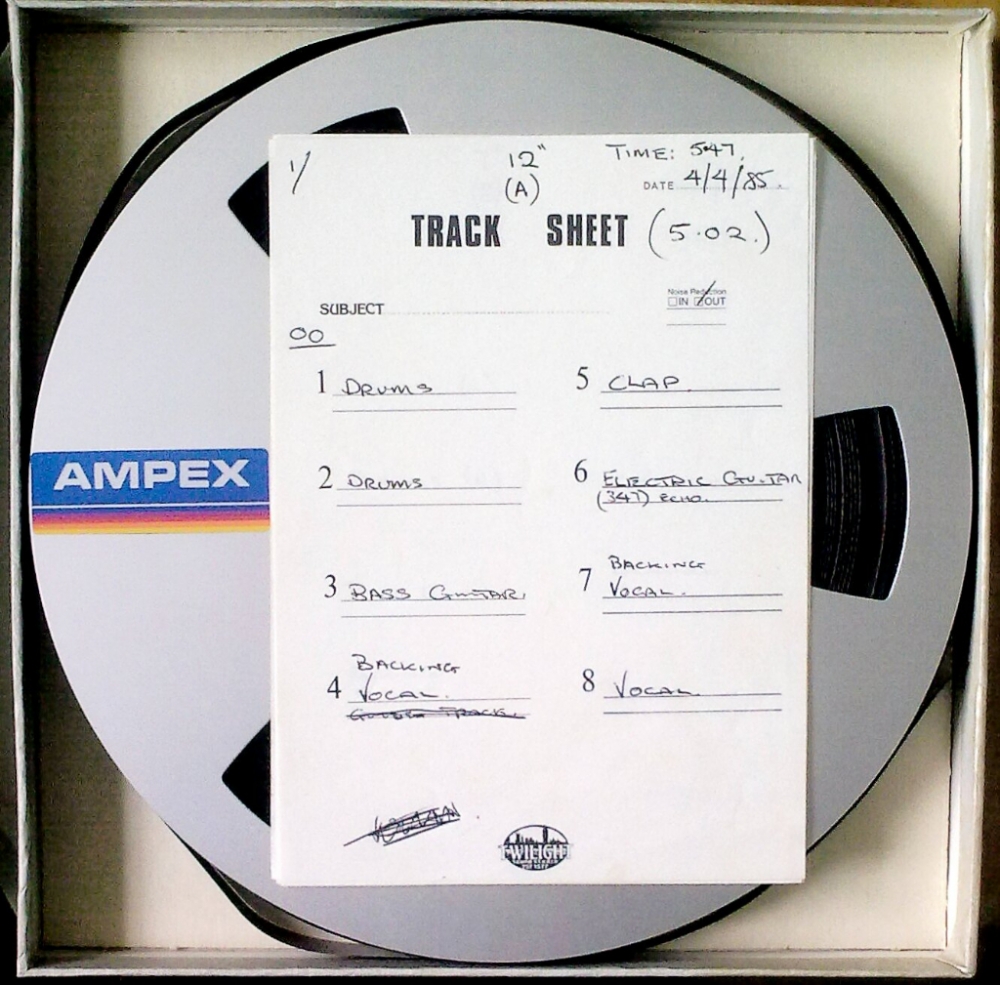 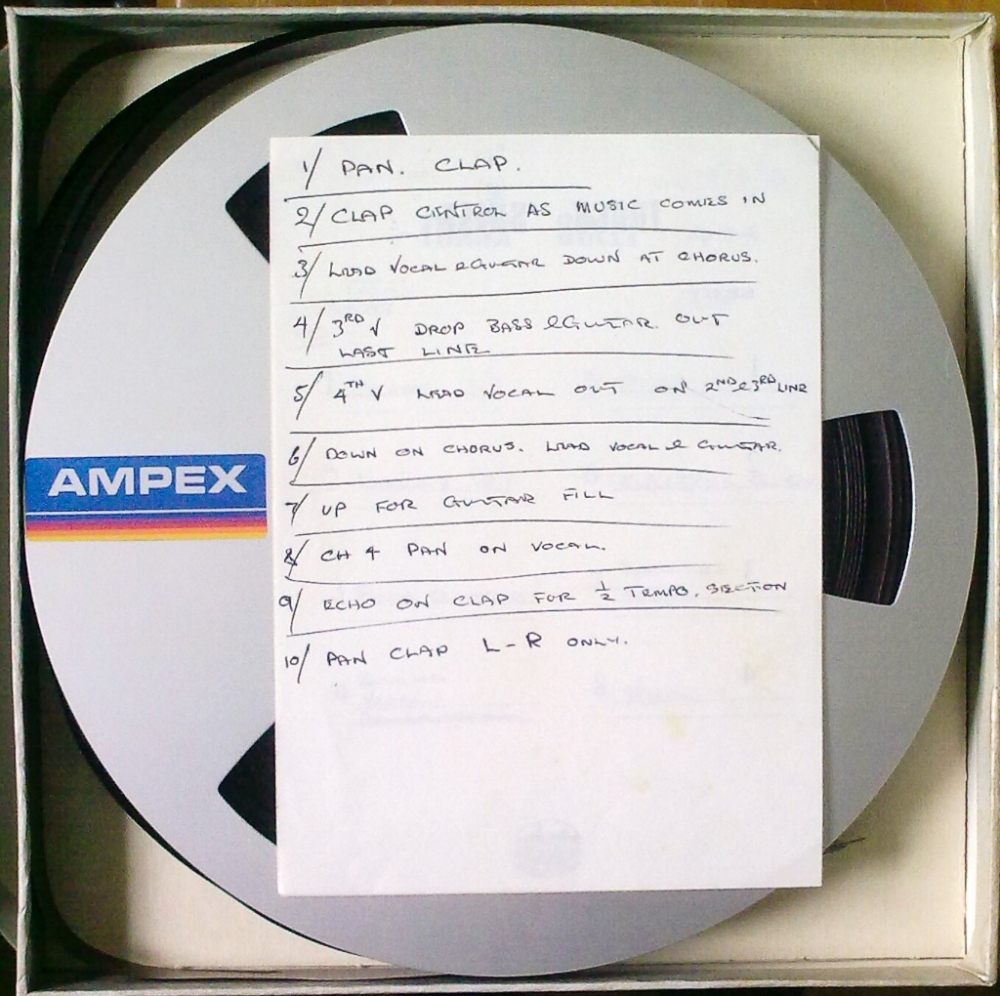 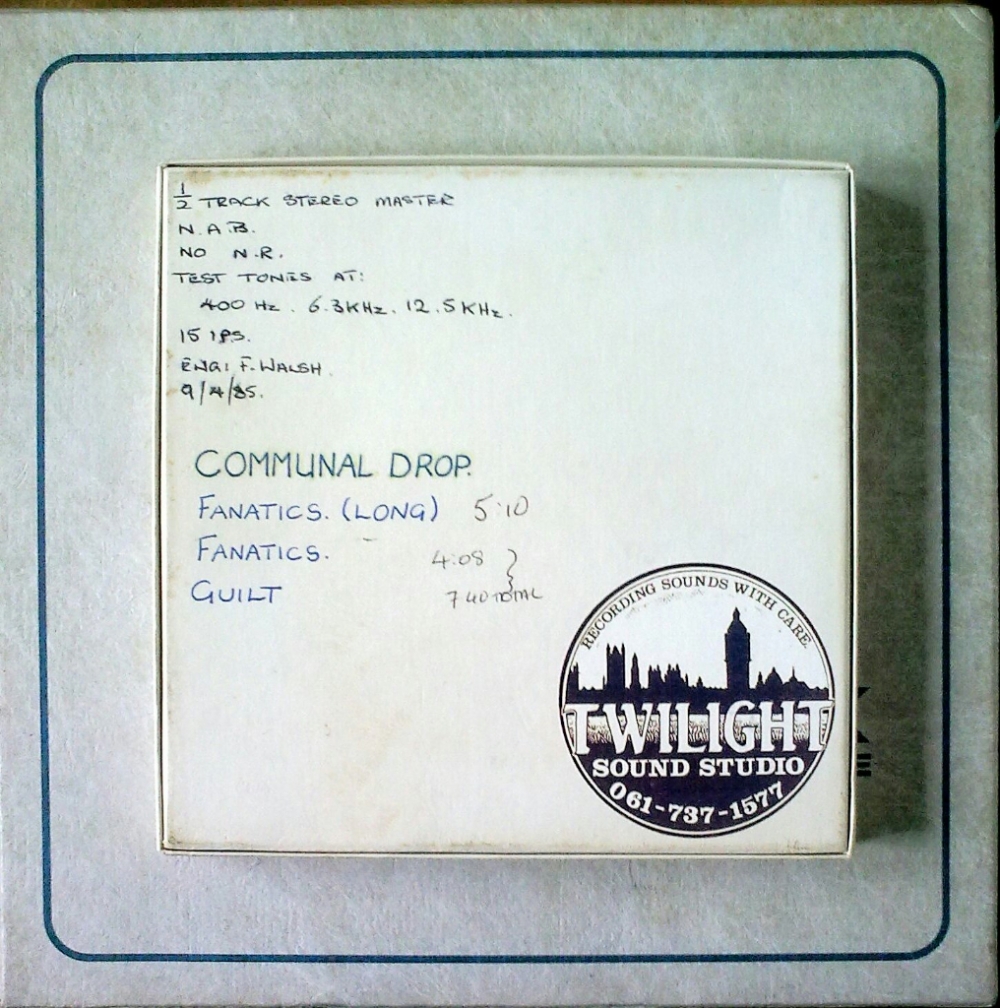 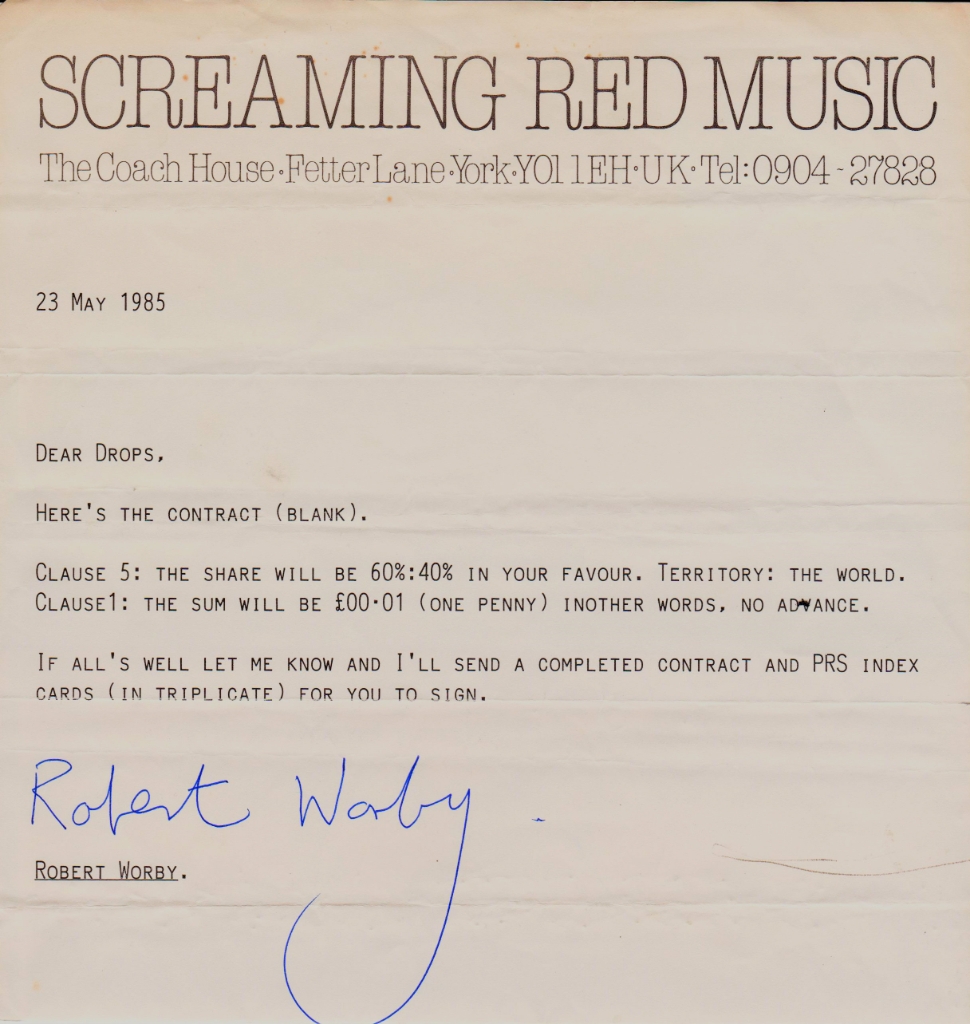 Communal Drop 12" single "Fanatics". Front and back covers + vinyl A & B sides. Ampex multi track and 1/2 inch master. Recorded 4/4/'85 at Twilight in Salford. The single was well received and would be played by John Peel on both Radio 1 and World Service and regularly by Dave Booth at Cloud 9 and Legend and by John Gannon at The Ritz leading to John putting the band on on 23/12/'85. Both DJs would play it back to back with the new released single "So Young" by The Stone Roses. Thanks to Dave and John for having faith and entertaining the masses throughout the years. RIP Dave & John.
Communal Drop line-up Steven Ramsden/Vocals - Dave Turner/Bass - Baz Richards/Drums/Percussion - Paul Wainwright/Guitar.
Artefact added : 19th August 2020
by pavlos61 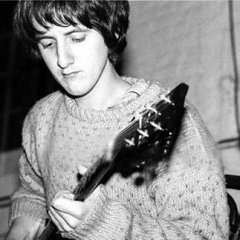 Lightyears Says –
What a fantastic artefact.
If you'd like to leave a comment, please Login. Login
Manchester Digital Music Archive is licensed under an
Attribution-NonCommercial-ShareAlike 4.0 International License.
Charity no. 1164179
Our archive currently contains 3870 Bands, 758 DJs, 1461 Venues, 323 Industry Professionals and 29719 artefacts contributed by 4047 members.