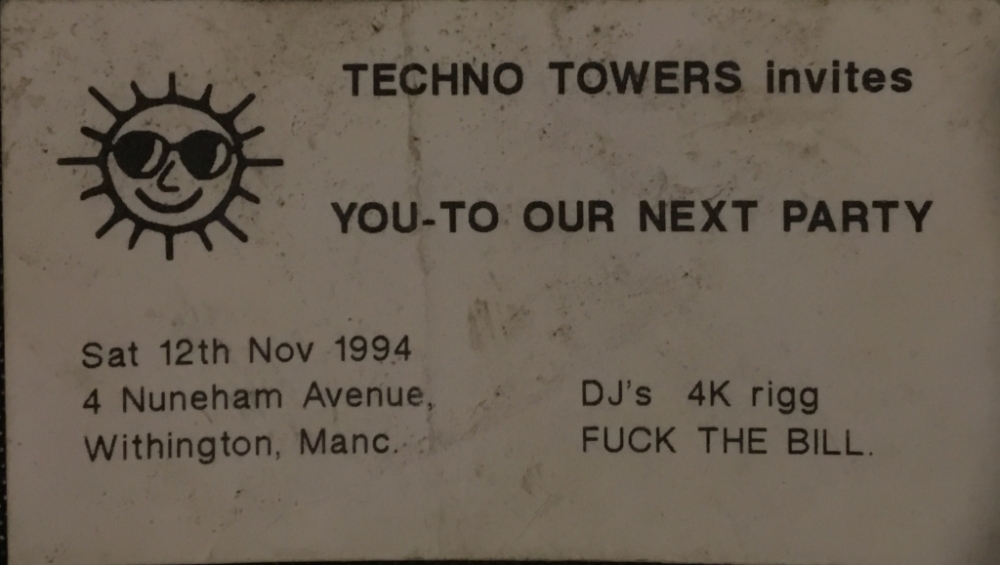 A ticket to a party at a house in Withington. Bouncers on the door, the real deal.
At some point in the night, just as I was putting the finishing touches to a joint, the downstairs windows were all smashed in with bricks, and a gang climbed through and stole all the records and two Technics decks. I was the last to leave the room and threw a brick back out of one of the windows before taking everyone on with a big stick.
It all got a bit hectic and eventually I realised everyone else had legged it so I ran out of the room too. When I berated everyone for not having my back, one of the bouncers told me "Well... they did have a machete".
Yikes.
When it was all over, we went back into the room to survey the damage and console my mate over his missing 1210's. We slowly started tidying up. I lifted a cushion, and there beneath it was my perfectly rolled joint, just like nothing had happened... I lit it and passed it to my mate. Every cloud has a silver lining.
Artefact added : 10th September 2020
by mikepickard