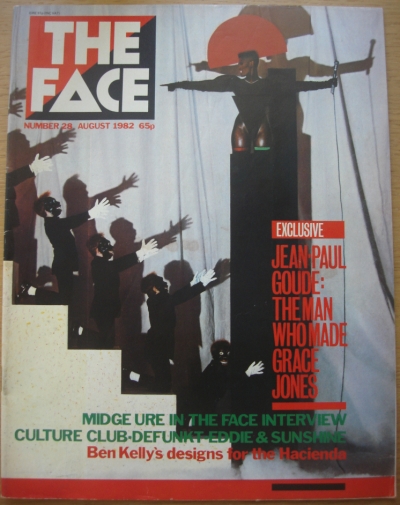 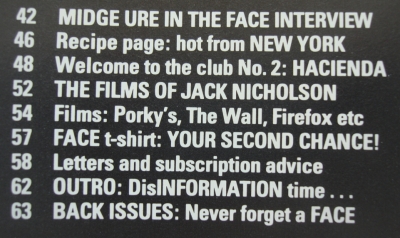 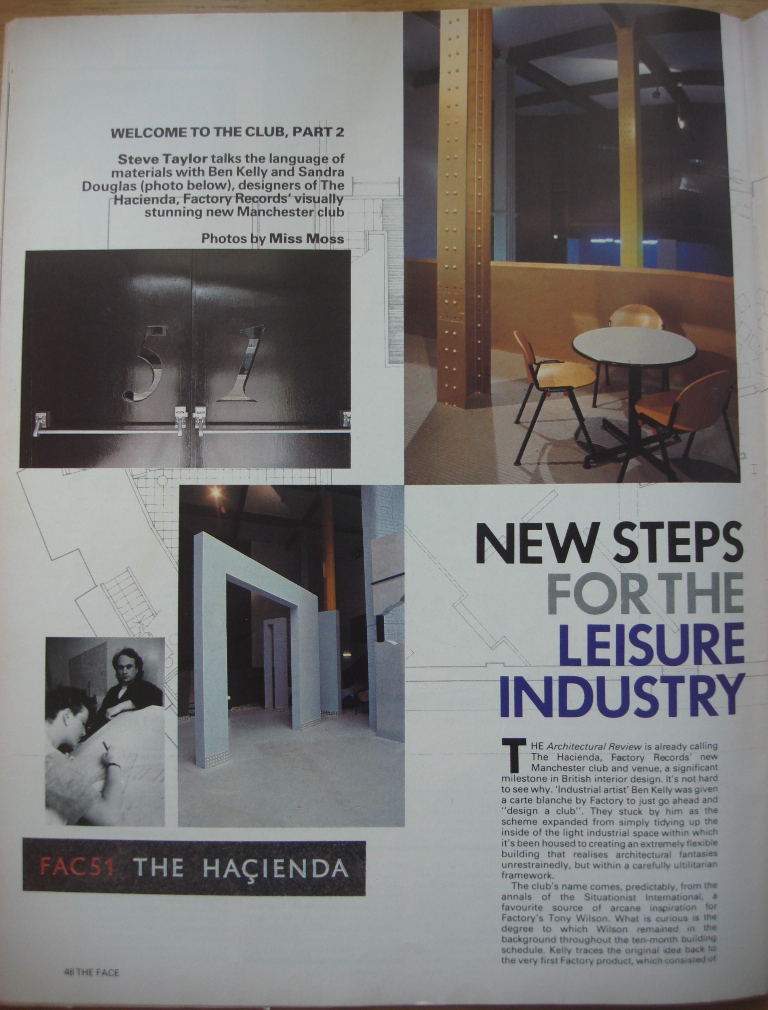 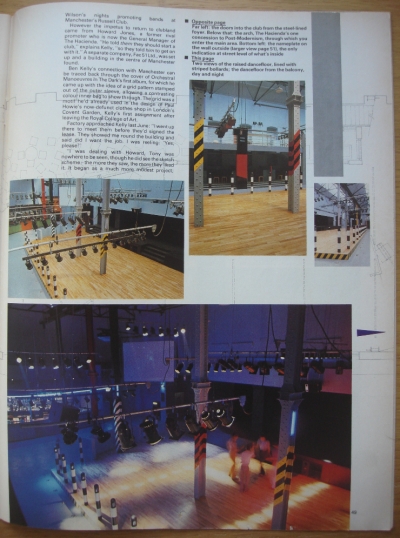 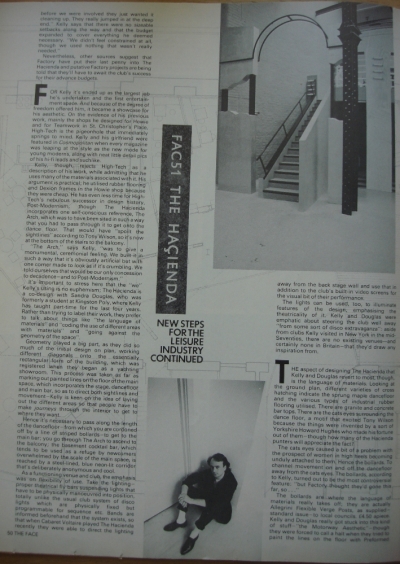 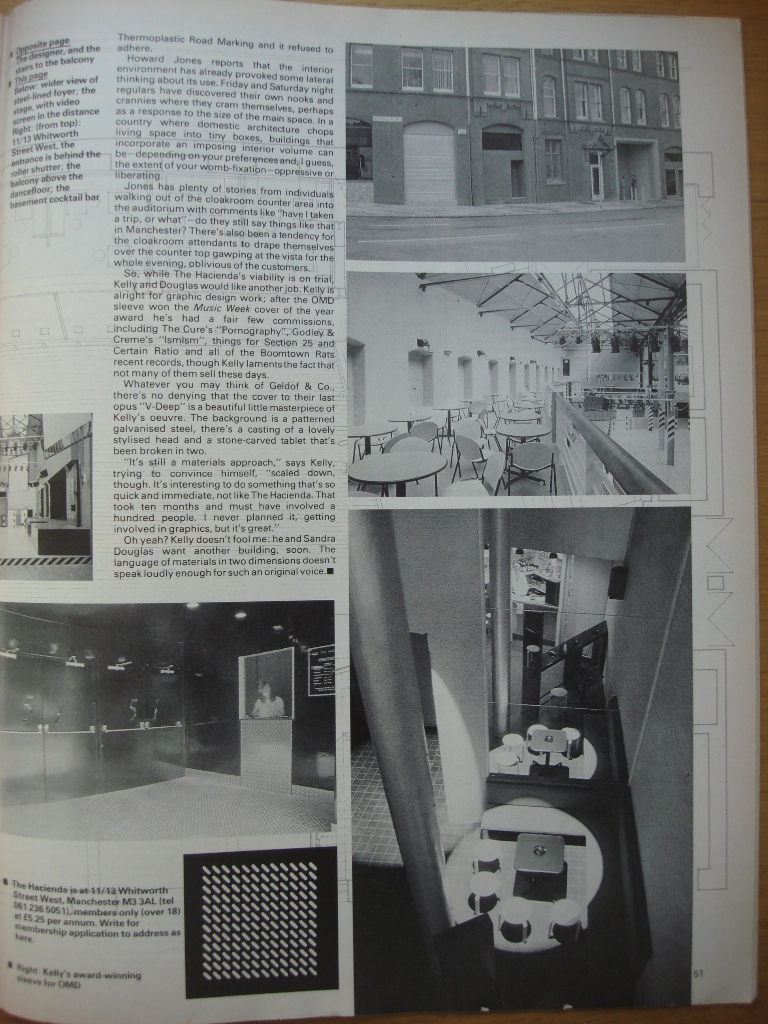 The pages feature an interview with Ben Kelly and Sandra Douglas, the designers of the Hacienda.

Sandra died of breast cancer in 2010.

A few things to note from the photos [other than how clean it looks] are that there's no DJ booth on the balcony. The original DJ booth was actually under the stage, and the DJ had to stand up and look through a slit, cut into the stage, where they could see people at knee height on the dance floor. There is an interview of Tony Wilson sat on the dance floor wearing a Fedora hat, and Hewan Clarke can be seen in the original DJ booth.

In interview, Bernard Sumner has stated that it was at his request to move the DJ to the balcony. I understand the 'big black booth' wasn't liked by Ben Kelly, as it was against his original design.

Also note the colours of the roof supporting girders. They changed colour after a club partial re-paint around 1990.

Finally, the exterior shot shows [far left] that the windows of the 'round house' were originally black glass, and that they were bricked up and tiled a few years later.
Artefact added : 23rd September 2020
by Mystical Kenny