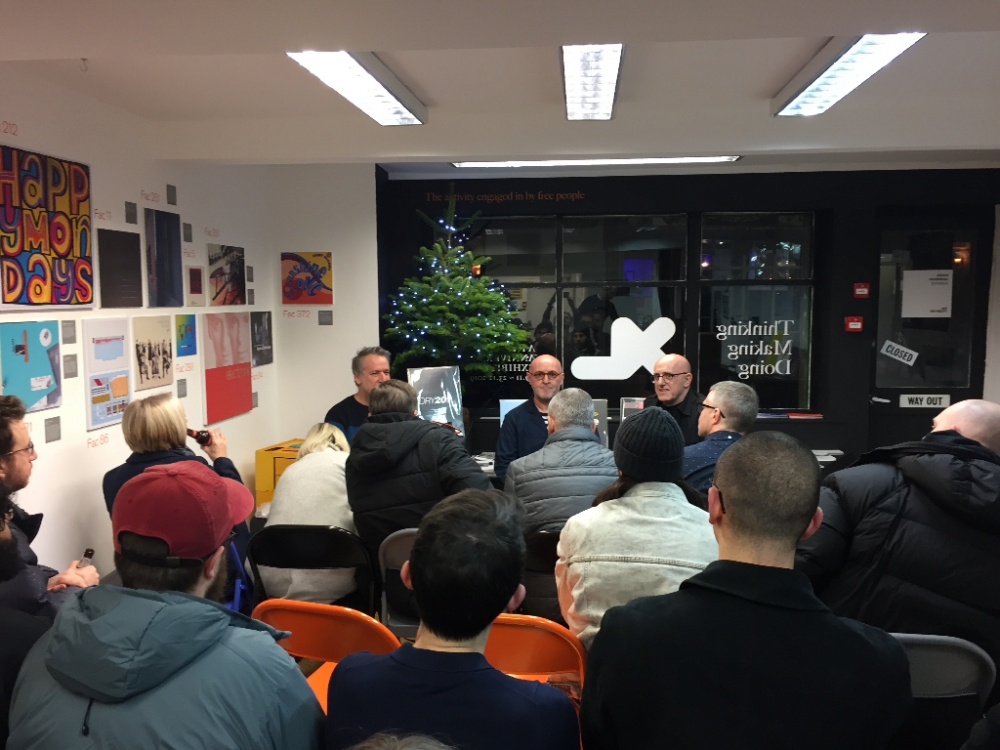 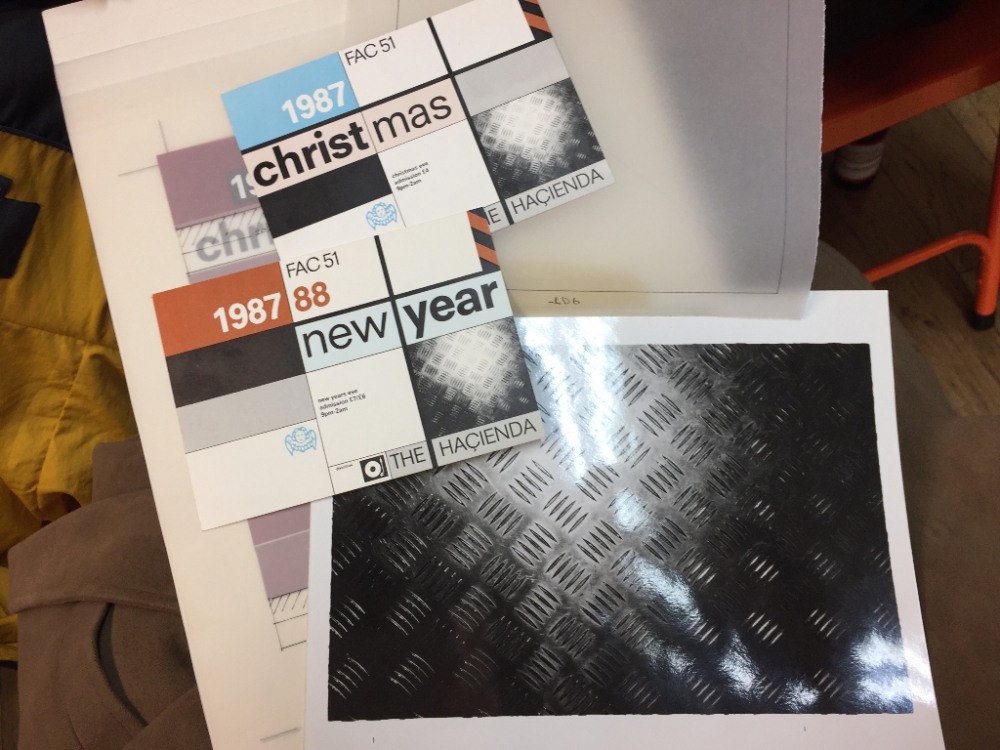 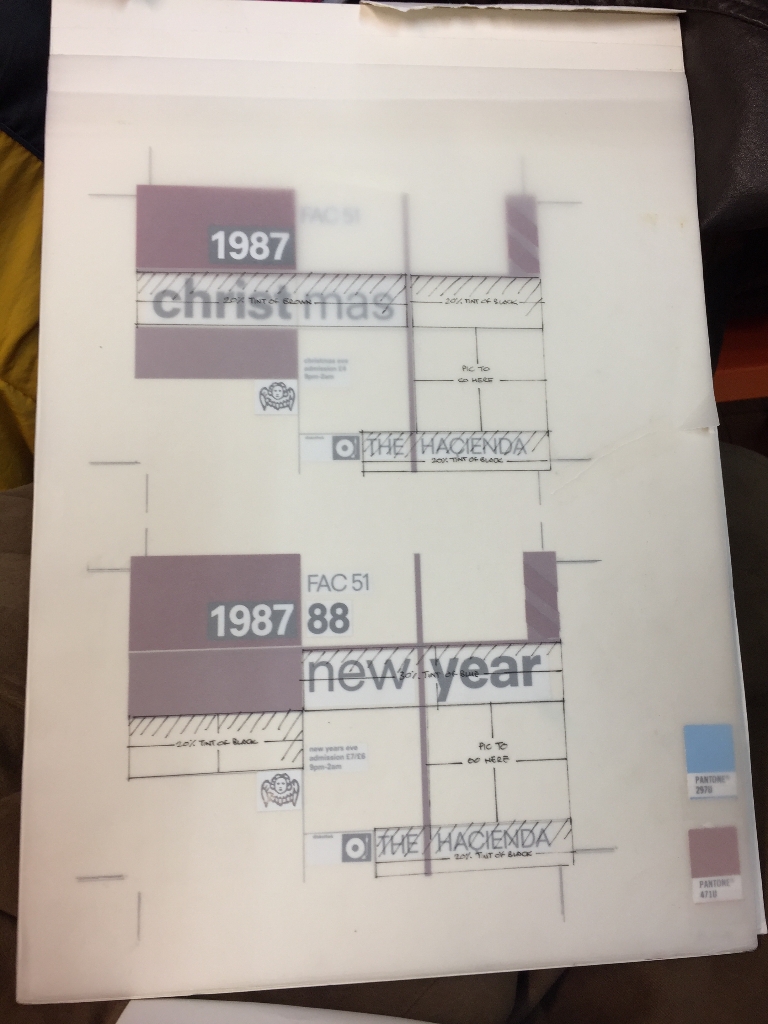 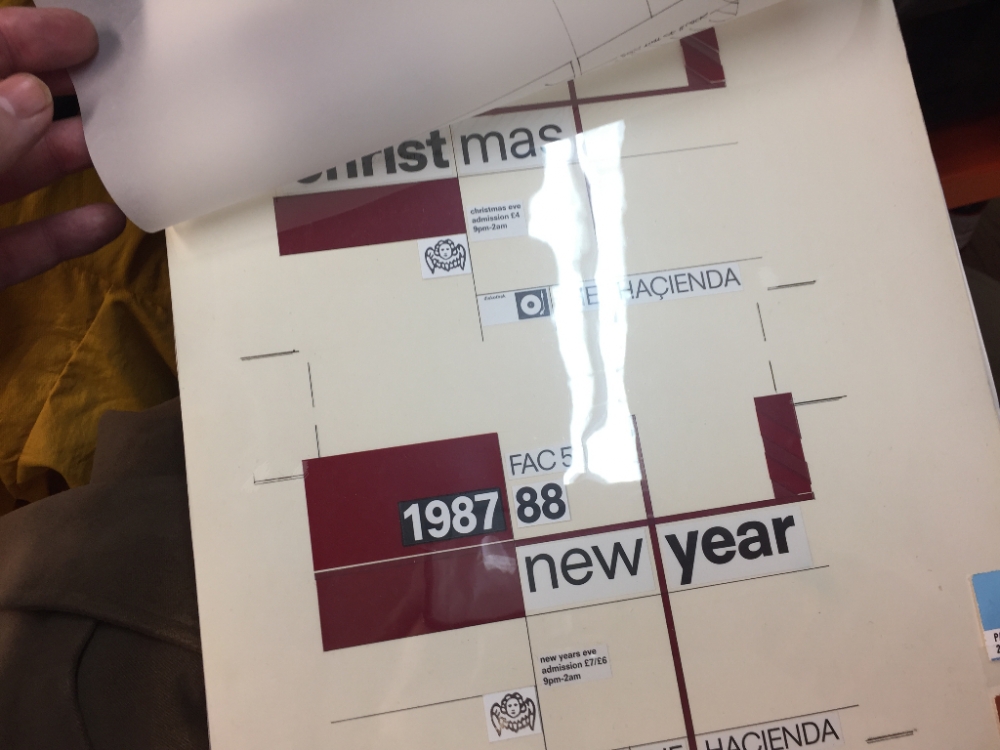 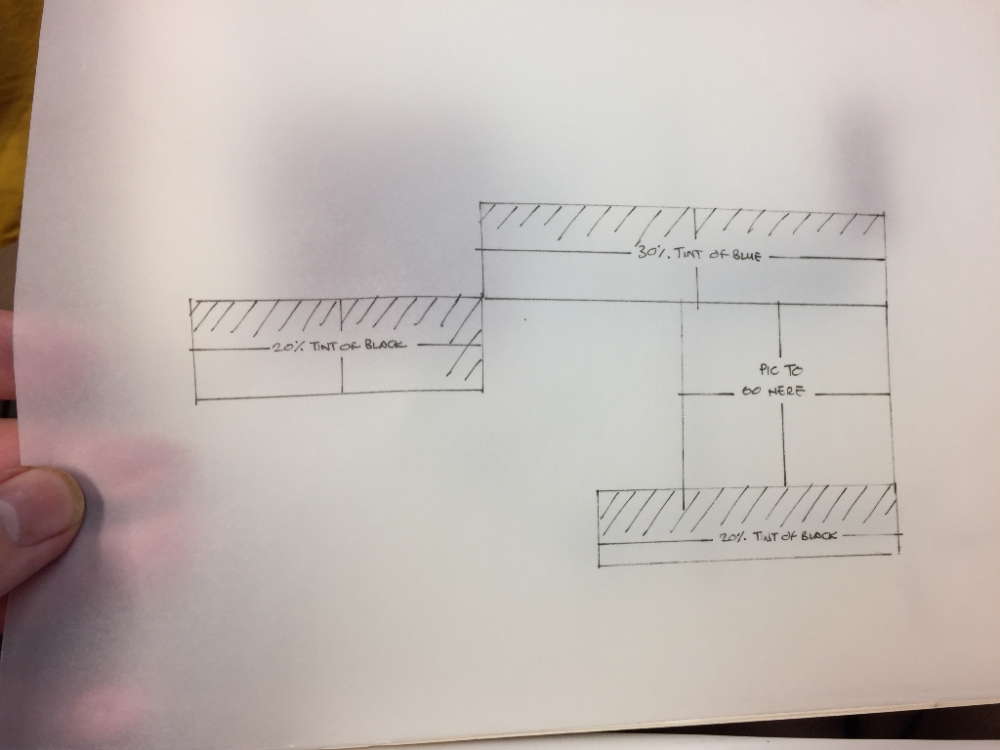 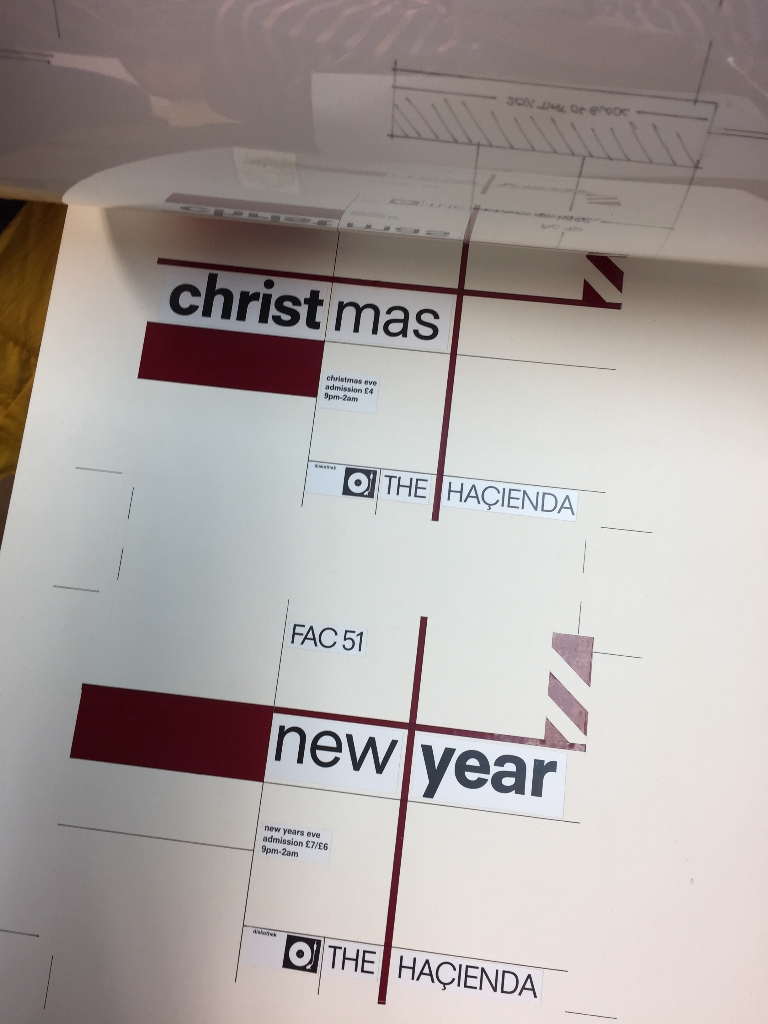 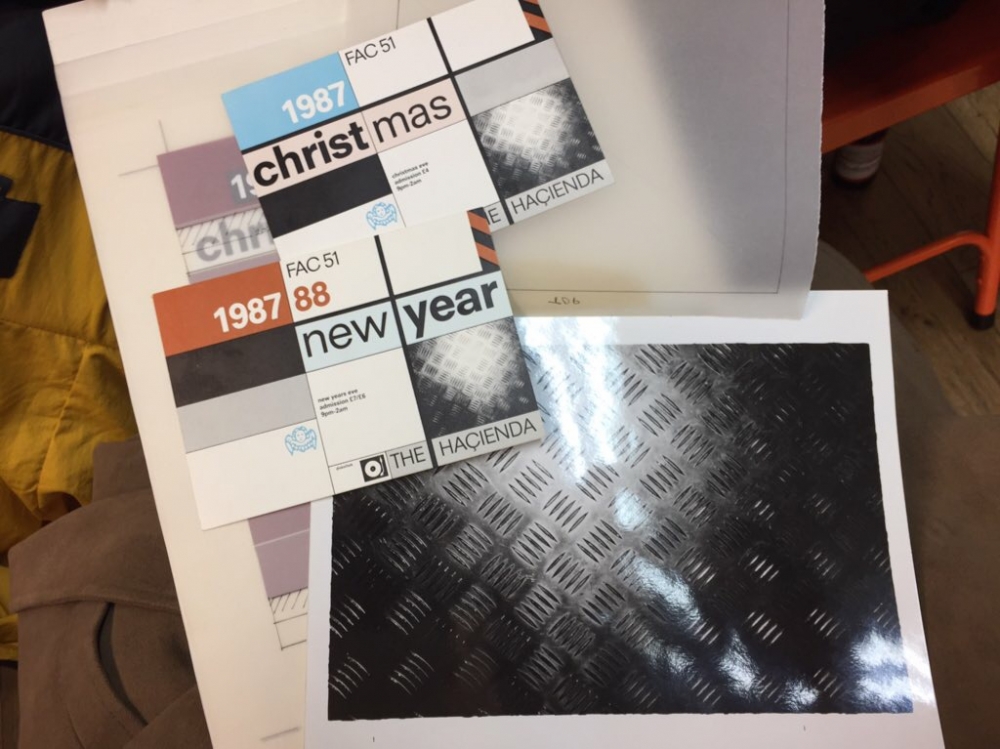 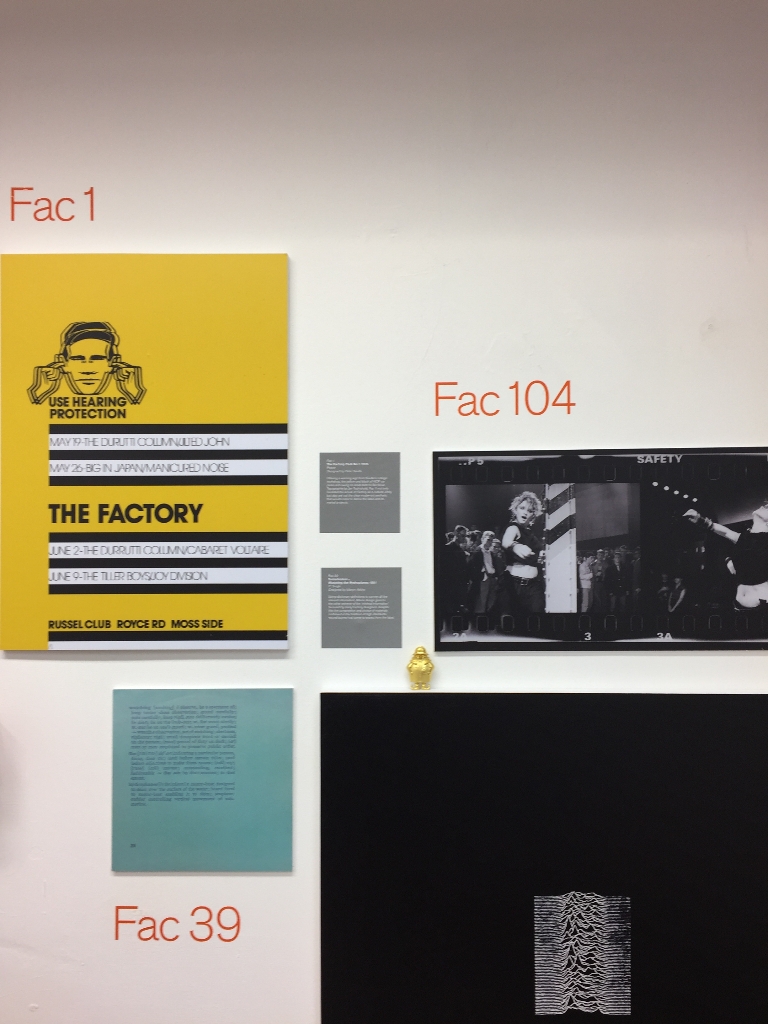 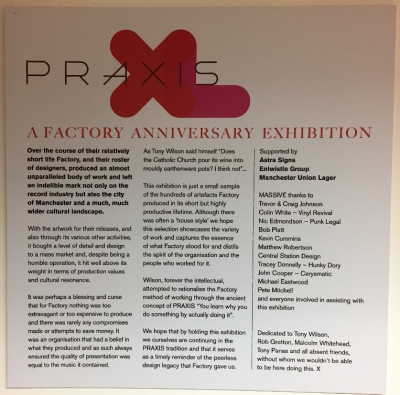 These photos were taken at the PRAXIS XL exhibition at The Modernist Society, 58 Port Street, Manchester M1 2EQ. It was curated by Trevor Johnson, who was part of the Factory design team during the 80’s, along with his brother Craig.

The exhibition coincided with the 40th anniversary of Factory Records’ first release. The XL stands for 40, and the exhibition ran from 11th November 2019 to 23rd December 2019.

Facing the camera L to R, in the group photo, are Pete Mitchell, DJ and presenter, Craig Johnson and Trevor Johnson. and we see Pete hosting a talk [PRAXIS XL Part 1] by the Johnson brothers.

The talk lasted about an hour, and it was a real privilege to be amongst the small audience attending. There were some design related Q&A's at the end, before I was able to chat to the Johnson brothers.

Most of the other photos show the hand made design process of the Hacienda's Christmas 1987 flyer, and New Year's 1987/1988 flyer. They include a photo of part of the Hacienda's steel floor surface.
Artefact added : 24th September 2020
by Mystical Kenny