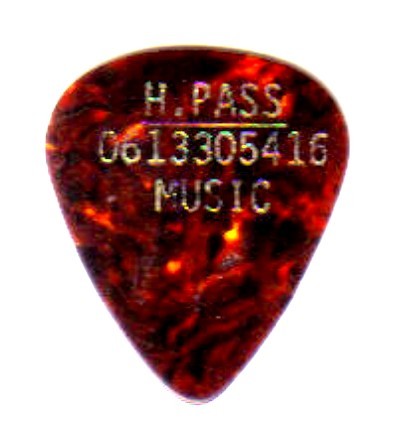 What up and coming guitarist could'nt resist gazing through the shop window at the latest in guitar technology Harry Pass had to offer.He was a quiet bloke who did'nt know much about guitars so you could always get a few quid knocked off the asking price.I bought a Westbury Standard from him,a nice looking and sounding guitar that would never keep in tune.I got annoyed with it one night, launched it in the air only for it to come straight down like an arrow and the head broke off (much to the amusement of everyone that had run for cover!!).I kept it thinking one day I'd get it fixed but ended up binning it when I moved house.A shame,they're considered a classic model these days.I still have one of Harry's Eko Ranger 6 string acoustics that I got in the 70's for less than 20 quid and I recently saw one on a site that was going for 440.
The shop was round the corner from the Spread Eagle and I'm sure many a roadie would run round for set of strings or a handful of picks,I've lost count of the sets of Ernie Ball Extra Slinky's I went through from that shop.Harry's still knocking about and must be in his late 70's by now,I saw him on a bus last week.
Artefact added : 11th July 2007
by Arnie

LozzyB Says –
I wish I'd got one of these. What happens if you call the number - it'd be good to talk to Harry if he's still on the other end of the line? I used to buy large (medium) Gibson picks from him in the late '70s but then I got tight and started using me fingers. I've got an old Yammy acoustic from Pass's too - no strings, plenty of dust and an action beyond the pale (err...hence no strings).

Arnie Says –
Ow do Loz........I also had two guitar cases off Harry as well,one for my old Strat and a shaped one for the Westbury.Remember the Photo-electric Shop round the corner from Pass's facing the library on Old Street ?,I got my first amp from there for £11,an original early 60's V fronted turquoise and cream Watkins Dominator.........the stuff of legends !!.I've still got it minus the valves.
If you'd like to leave a comment, please Login. Login
Manchester Digital Music Archive is licensed under an
Attribution-NonCommercial-ShareAlike 4.0 International License.
Charity no. 1164179
Our archive currently contains 3870 Bands, 758 DJs, 1461 Venues, 323 Industry Professionals and 29722 artefacts contributed by 4048 members.