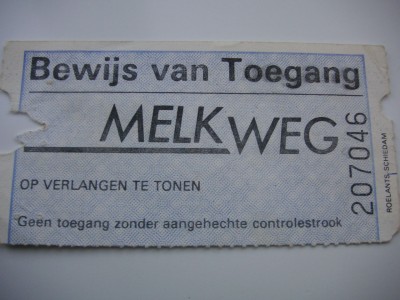 Dropped out of Uni in 85 and adjourned to the "Dam until the budget ran out - very quickly.

The Creepers played the Melkweg (Milky Way) one night when we there on a bill which included Prince sidekicks Apollonia 6. New Model Army and Marc Almond were also in the house, Charlie Higson was around the corner. Think this was the night the Creepers' live album was recorded. Ace version of Eno's Baby's On Fire.

We recognised a couple of the band from the Cyprus Tavern and adjourned to the Mazzo club afterwards, meeting up with some Scottish psycho Lou Reed roadies. It all goes a bit hazy at that point... That may or may not have been the night we were held up at knifepoint...