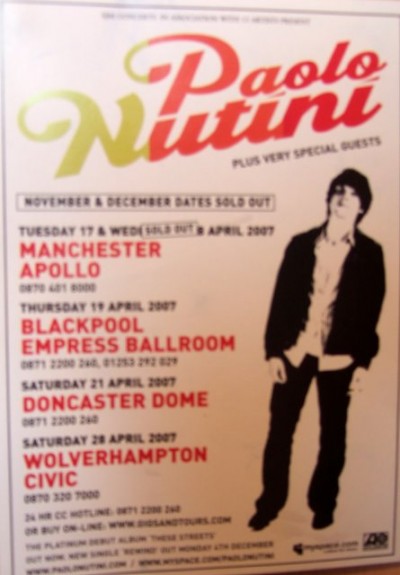 Did anyone else go to this gig I think that Paolo may have had too many of the beers he had lined up on stage that night. I couldn't understand a thing Paolo said and wasn't really impressed with the concert

At least I got to see Newton Faulkner so that was an unexpected bonus.

Won't put the tickets up as they are the crap ticketmaster ones with no character.
Artefact added : 24th July 2007
by JAX