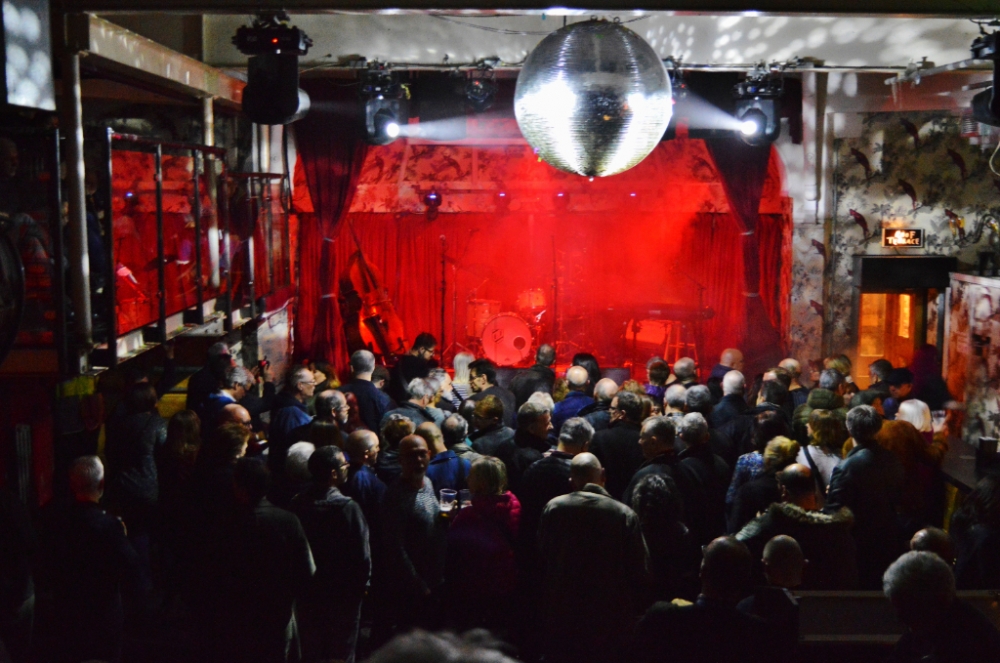 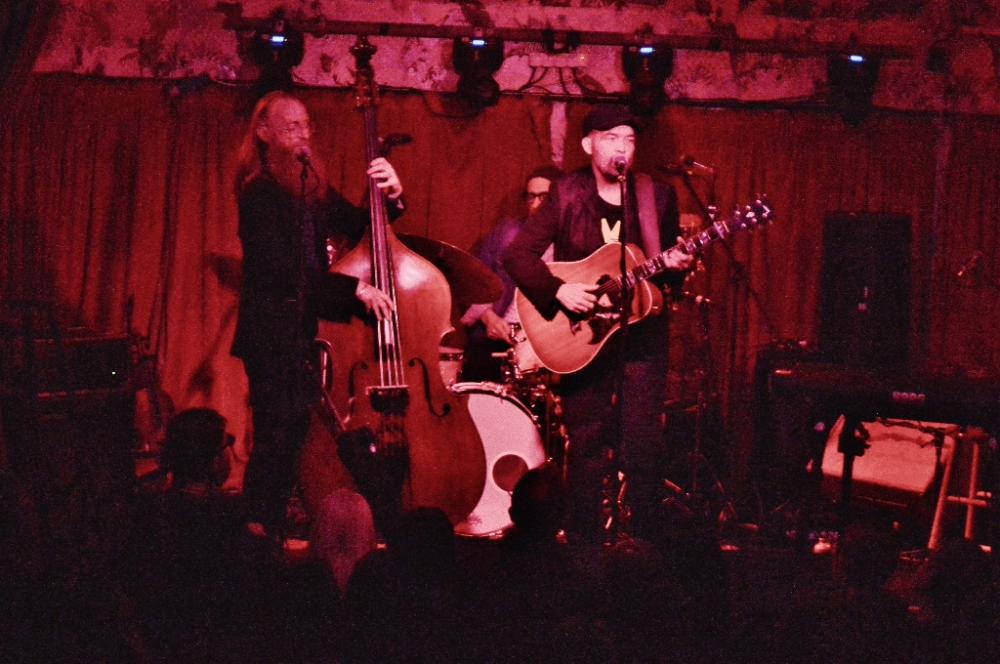 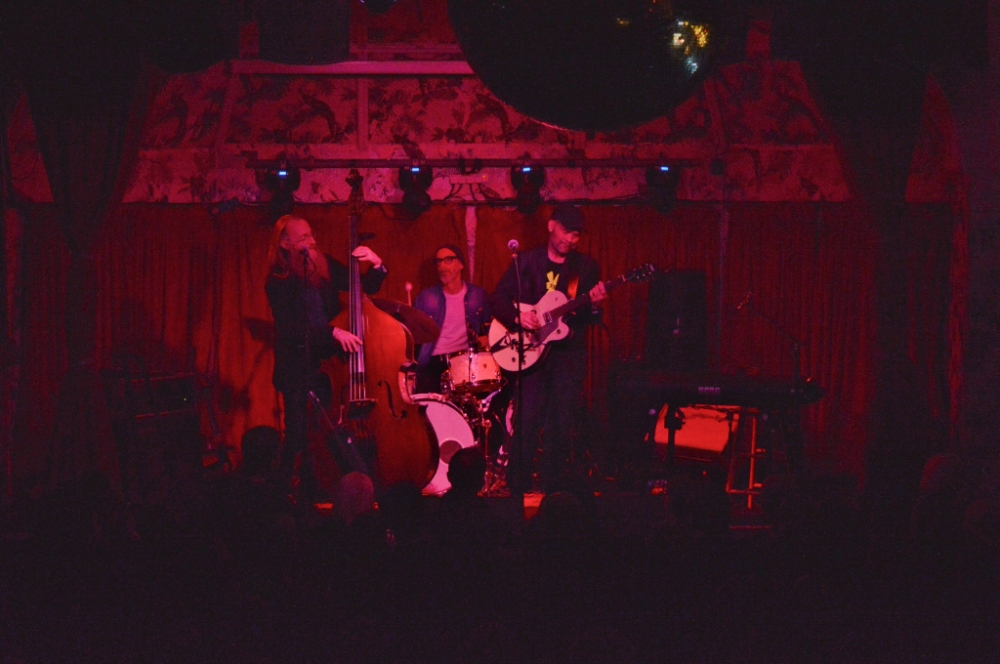 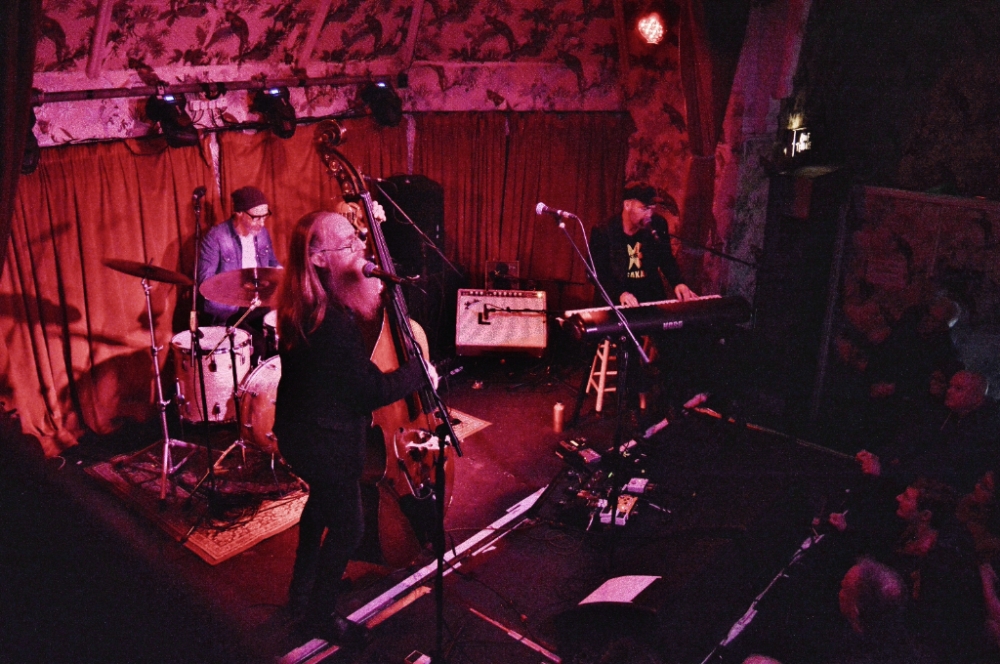 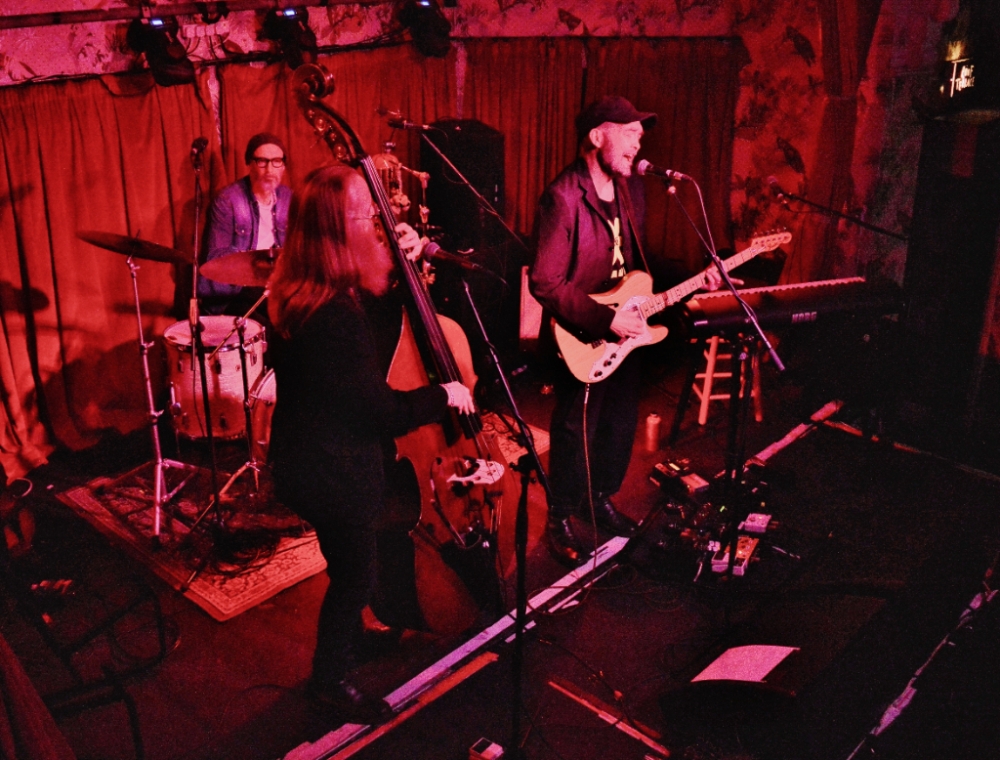 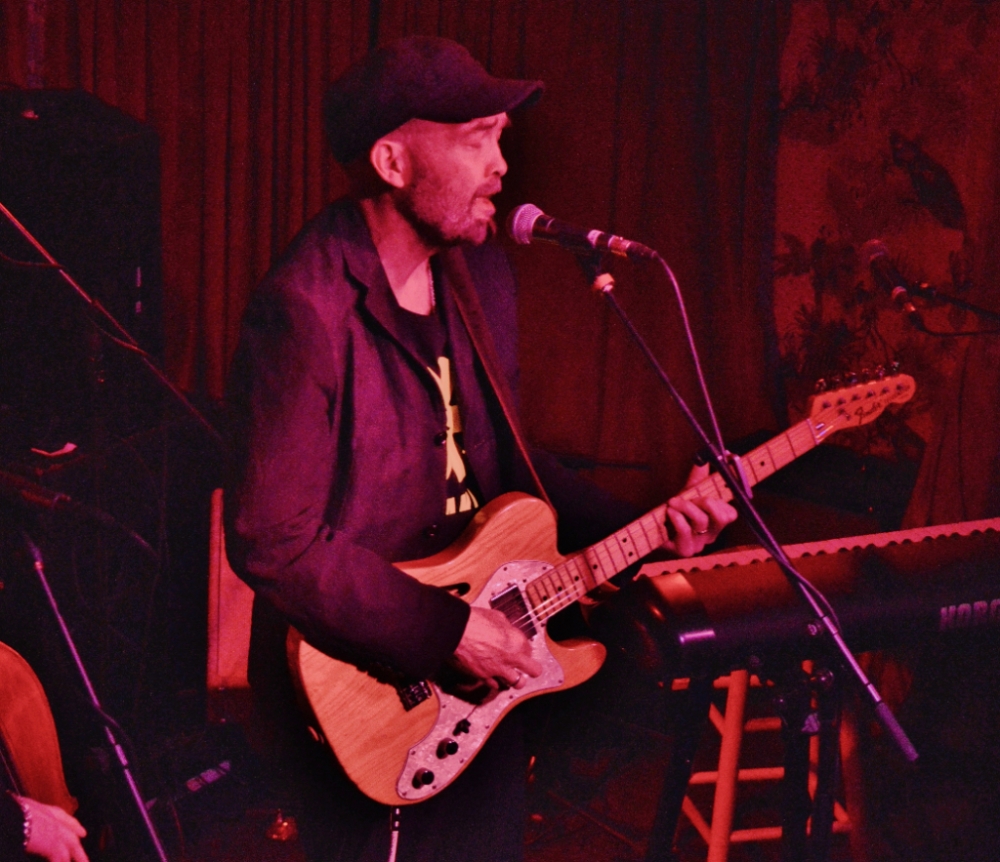 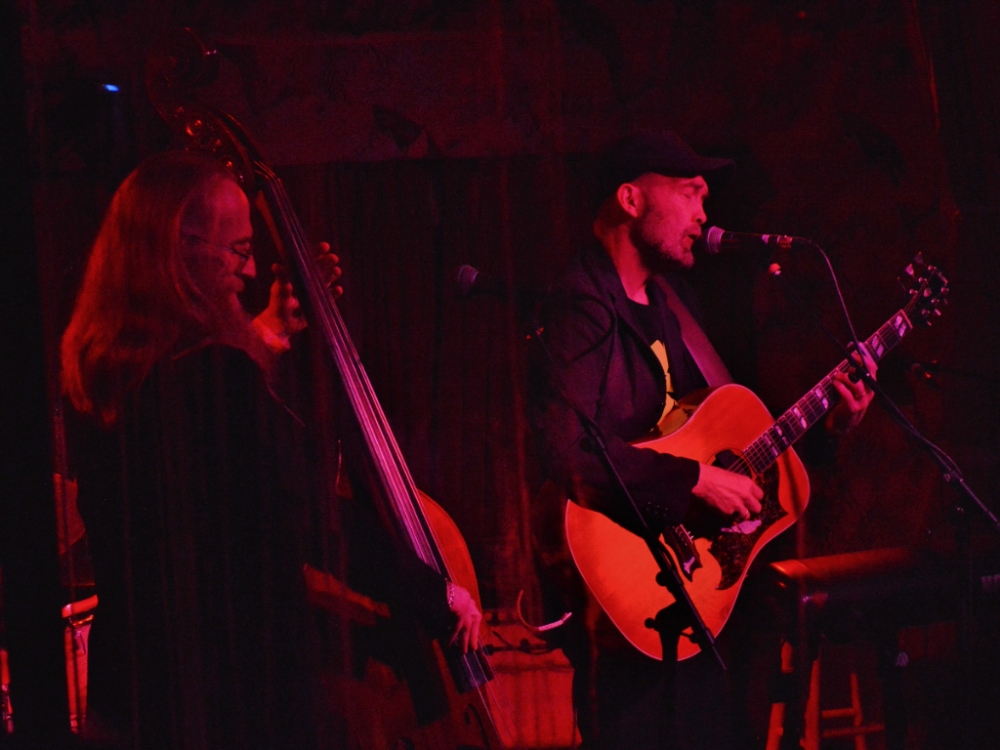 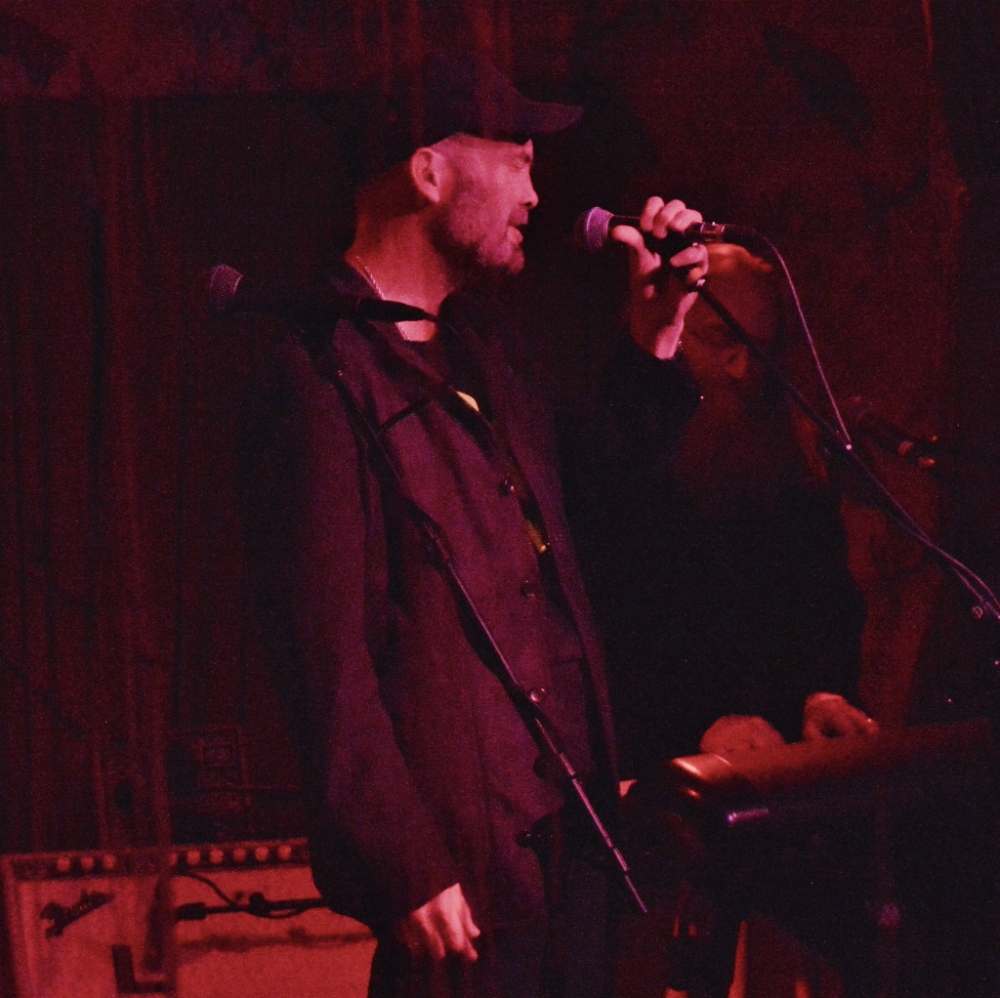 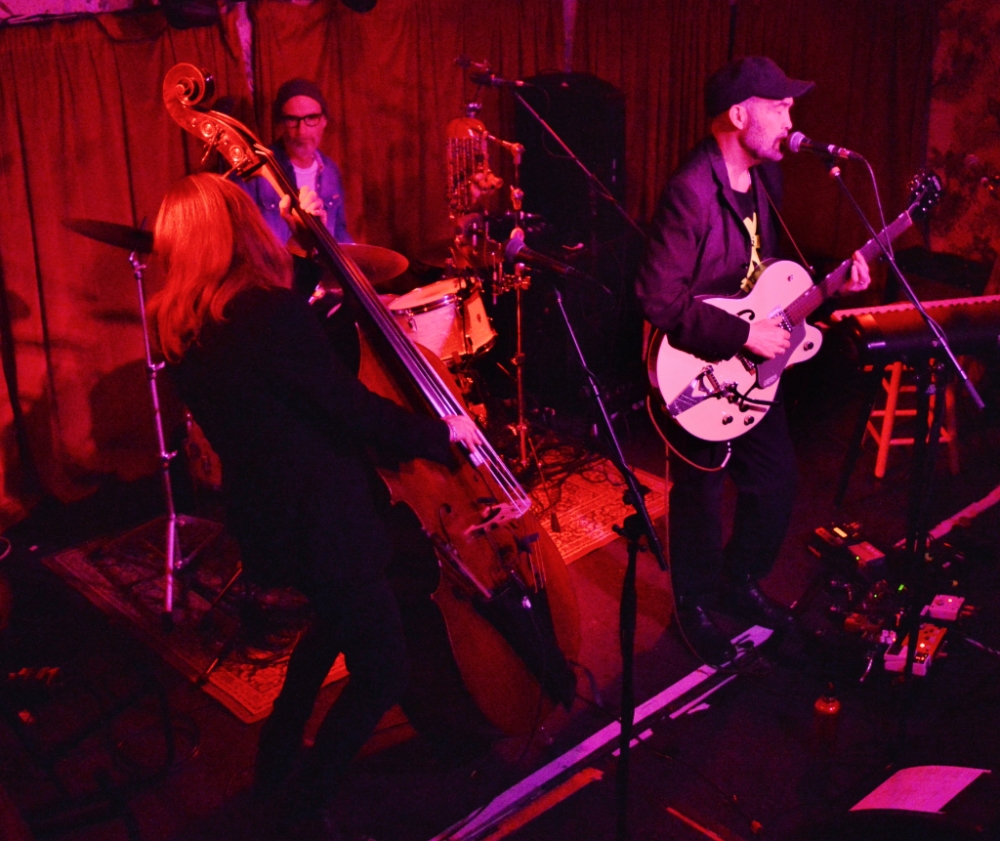 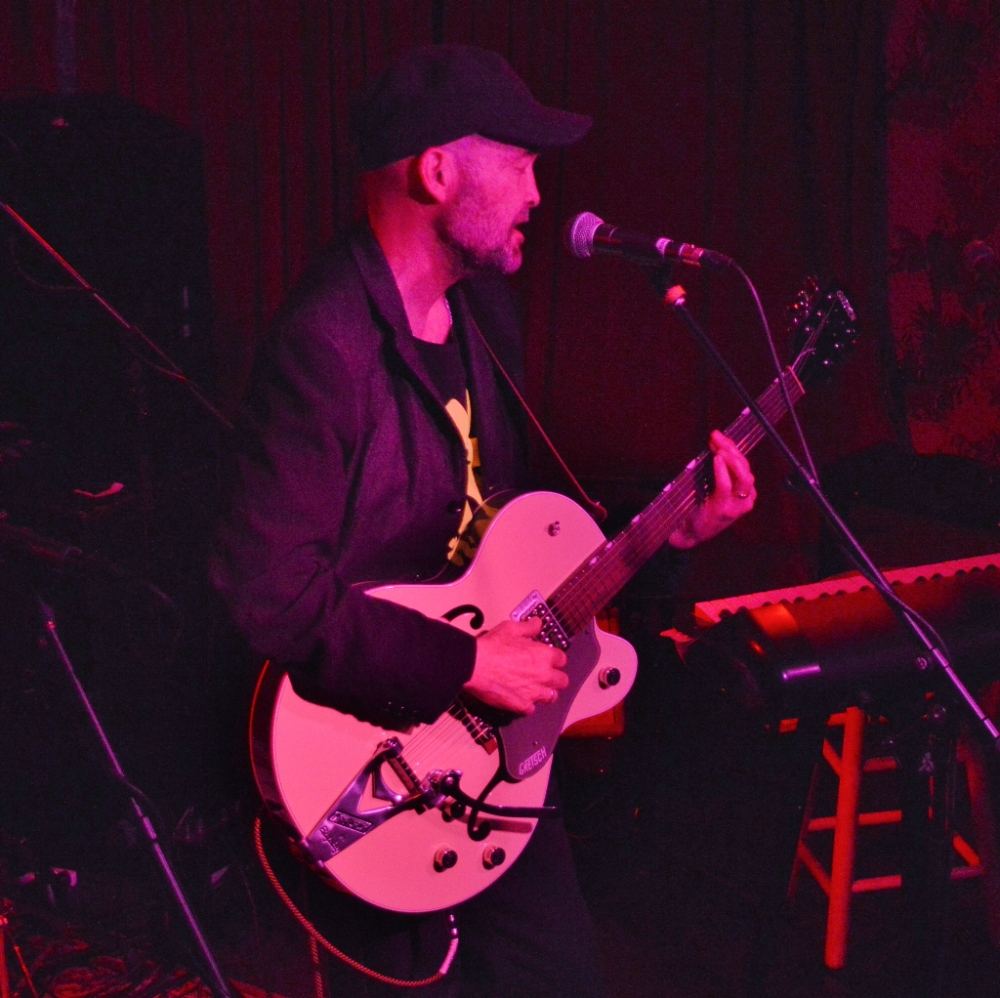 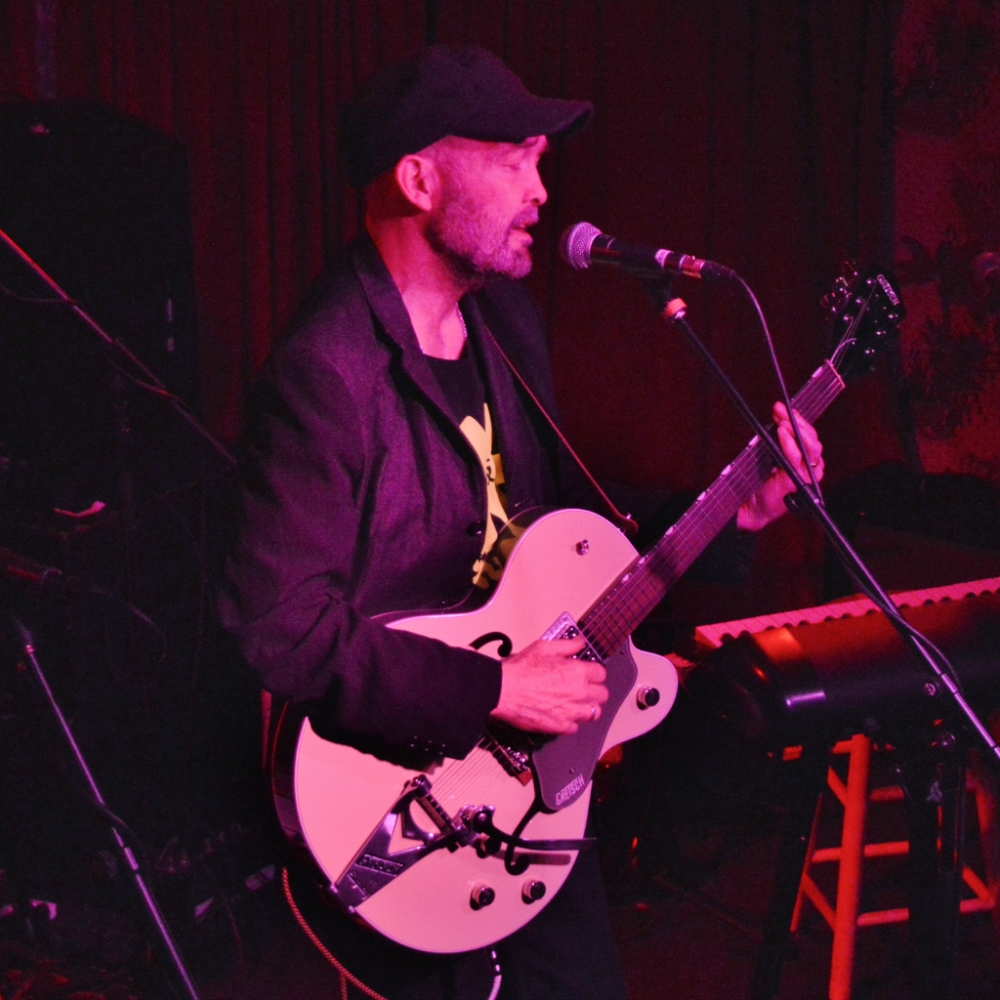 I first came across the work of Ben Watt when I bought the Cherry Red ‘Pillows and Prayers’ sampler from Piccadilly Records in 1983. Since then, I’ve collected the complete Everything But The Girl canon; albums by Tracey Thorn; The Marine Girls; and three solo LPs by Ben: ‘North Marine Drive’, ‘Hendra’ and last week, ‘Storm Damage’. I’ve also read both of his excellent, acclaimed memoirs, ‘Patient’ and ‘Romany and Tom’. While you might label me a fan, I haven’t seen him live before, so coming to this gig, I really wasn’t sure what to expect, but I needn’t have worried. It was outstanding….
The show was perfectly set up by the lovely atmosphere within The Deaf Institute, although in the week I’d been told I needed hearing aids, the irony of coming to a venue thus named wasn’t lost on me! Also, in these difficult days of confiscated cameras, you have to applaud any place who actively allow gig photography.
After an interesting support set by Keeley Forsyth, Ben quickly established a rapport with the audience through his eloquent and articulate introductions, during the course of which he showed himself to be a serious, thoughtful, reflective man, with an amusing, sometimes self-deprecating line in humour. He explained the genesis of some of the songs: ‘Balanced On A Wire’ came out of a car conversation with his daughter as he drove her to her new university for the first time, each saying the sort of things to the windscreen they probably couldn’t and wouldn’t have said face to face across a kitchen table; ‘Irene’ stemmed from a newspaper piece about the depletion and destruction of city centre music spots in the name of capitalism; and ‘Bricks and Wood’ talked about the emotions he and his brother felt as they drove to their one time London family home, only to find it brutally altered. In introducing ‘Some Things Don’t Matter’ late in the set, he got a laugh by describing how, as an ambitious 19 year old, he blagged his first pub gig supporting The Thompson Twins, by explaining to Cherry Red boss Iain McNay, that his music was, ‘a cross between The Durutti Column, Joy Division and John Martyn’. In an easy, measured, controlled way, he was obviously delighted to be performing this sold out show for us, and was having a blast being on the tiny, cramped stage playing and occasionally improvising with his tight, well-rehearsed band. He was at home and relaxed in this small, intimate room, encouraging us to, 'move around, have a drink and rattle the bottles'.
For over an hour and a half, he played a mixture of sixteen old and new songs, to a respectful, tightly packed crowd of 250 mature and predominately grey groovers. He chose songs mainly from his last three solo albums, but also included one each from Everything But The Girl and ‘North Marine Drive’. Half of the set came from his brand new album 'Storm Damage', which I was glad I'd spent the last week listening to and familiarising myself with. After some initial reservations, I'd come to the conclusion that it was a good record but perhaps not quite up there with 'Hendra'. However, in tonight’s live setting, something happened to set the songs alight as they took on a new life. I'm not sure what changed them - maybe the atmosphere in the room, or the chemistry between the three seasoned musos in the band: Ben on lead vocals, keyboards, guitars and various special effects gizmos that allowed him to record and loop his guitar parts; Rex Horan played beautiful bass, viola and keyboards and supplied the occasional backing vocal; and Evan Jenkins was superbly restrained and subtle on drums and percussion ("The best drummer I've ever played with!" - BW). They came together effortlessly to make a beautiful noise. Towards the end of their glorious set, Ben announced that he wasn't going to indulge in the show business charade of going off and coming back for an encore: like the new album, he ended simply with 'Festival Song' and that was it - they were gone.
So, the combination of great songs, great players and a great atmosphere, all combined to make this a fabulous gig, and if they were playing The Deaf Institute again tonight, I’d be there like a shot.
Set List:
Summer Ghosts (SD)
Sunlight Follows The Night (SD)
Winter’s Eve (FD)
Running with the Front Runners (FD)
Bricks and Wood (FD)
Retreat To Find (SD)
Balanced On A Wire (SD)
Irene (SD)
Hendra (H)
The Night I Heard Caruso Sing (EBTG)
Gradually (FD)
Figures In A Landscape (SD)
Hand (SD)
Some Things Don’t Matter (NMD)
Fever Dream (FD)
Festival Song (SD)
NMD = North Marine Drive
EBTG =Everything But The Girl
H = Hendra
FD = Fever Dream
SD = Storm Damage
Artefact added : 8th January 2021
by IanTatlock