Sisters Of Transistors
Photograph
The Roadhouse
2007 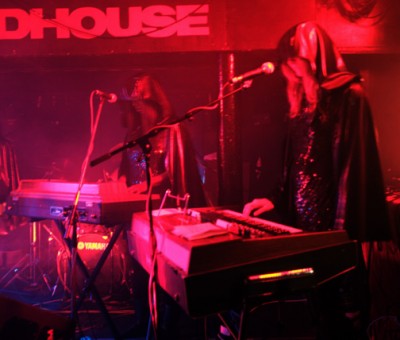 S.O.T. play a selection of fully working exhibition organs with an emphasis on the Italian models from the early 1970s.

Accompanied on drums by museum curator,
" Prof. Vernon World”
Repertoire includes a mixture of S.O.T originals in the style of baroque disco prog. (B.D.P.)
and classics from the golden age of Horror OST. (H.O.S.T )


S.O.T. have a heavily amplified sound known as "The Wall of Cheese” using restored British and Soviet amplification systems
From the vaults at S.M.M.O.K.T.

Featured in the following MDMArchive online exhibitions:
The Roadhouse closes its doors