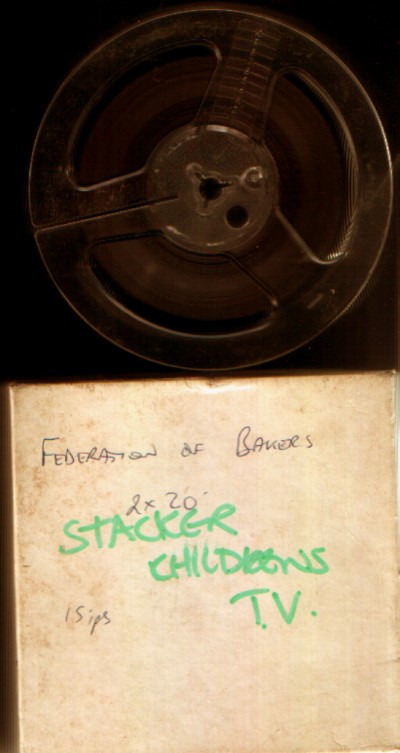 Stakker (AKA Brian Dougans later of Future Sound Of London)
did the top 10 rave smash Humanoid..yet before that Brian and another guy who did video graphics did many video projects.
This Tape is un identified and i cant remember why I have it,other than the fact Howard Walmsley of Biting Tongues was also working on some of the computer graphics with Stakker.
It Could be that I provided some soundtrack to the video ,or its Brians soundtrack..eitherway its from Spirit Studios on Tarrif St
where you were provided with second hand tape, here its recorded over a jingle for The Federation Of Bakers.
I once rescued/ wrestled an entire set of 60s Martini Advert tracks from being recorded over by a caberet band from Oldham..
Artefact added : 28th September 2007
by graham