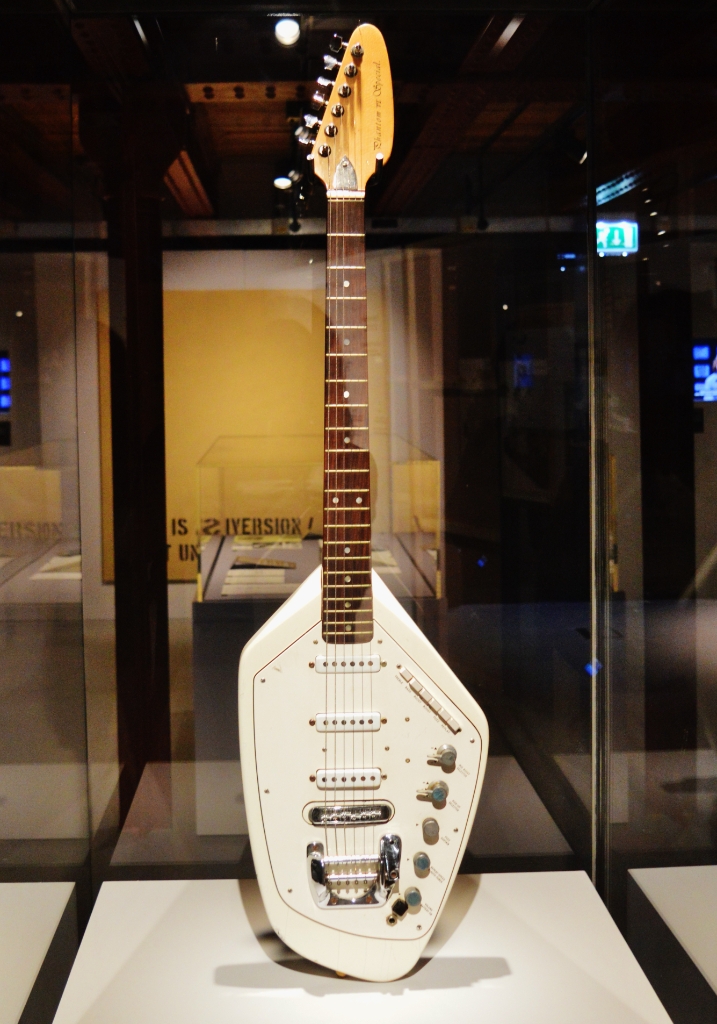 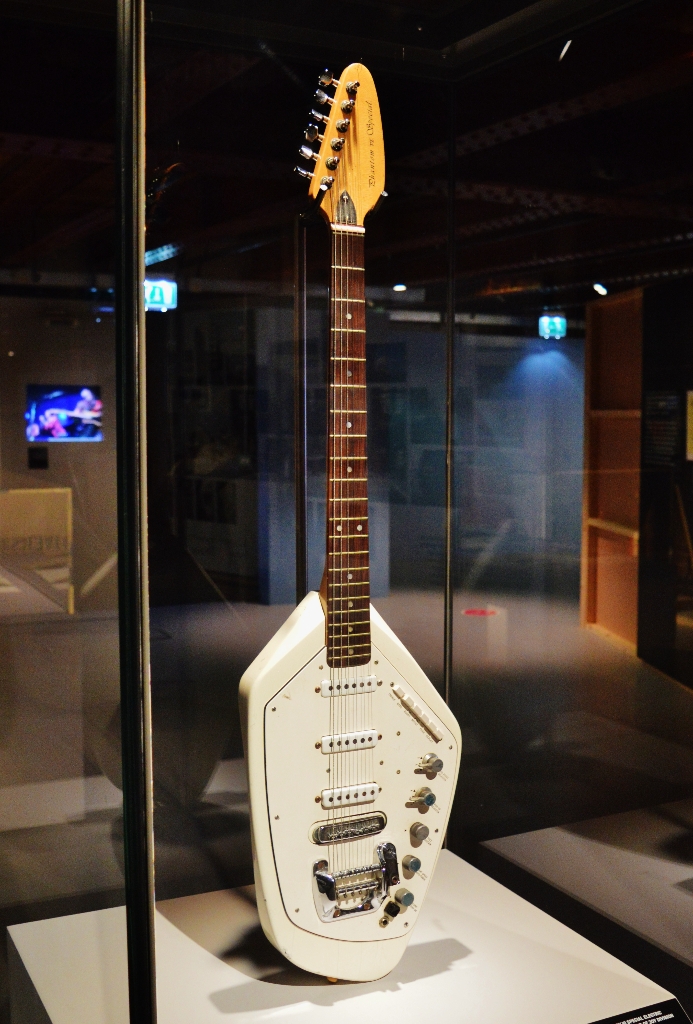 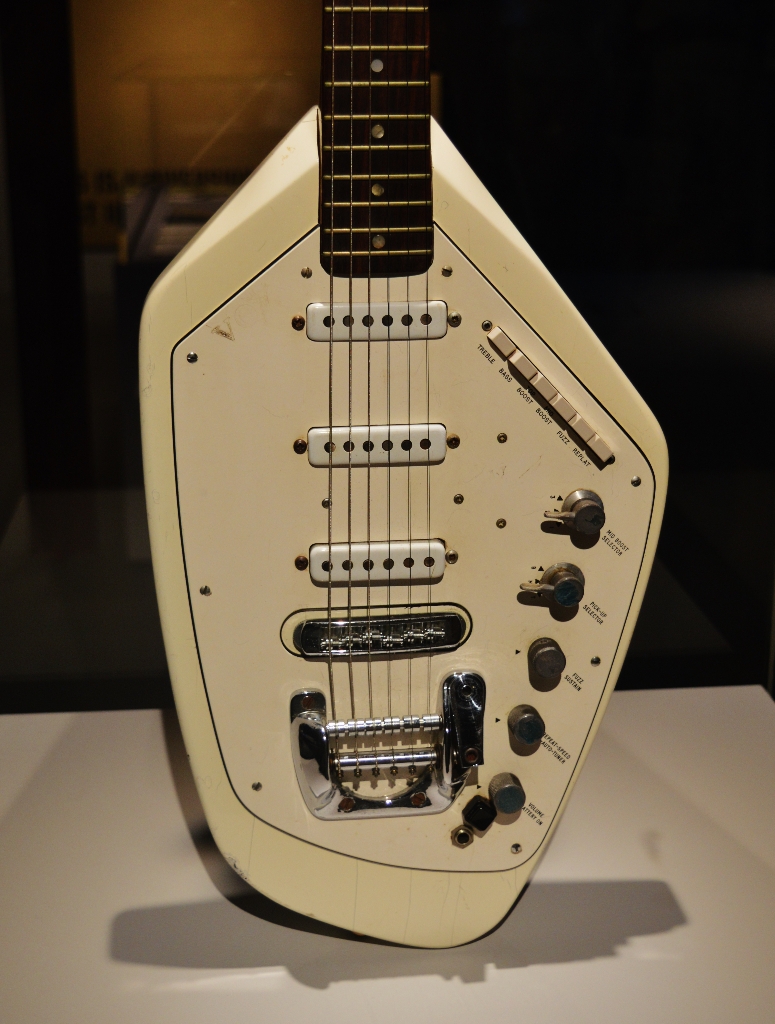 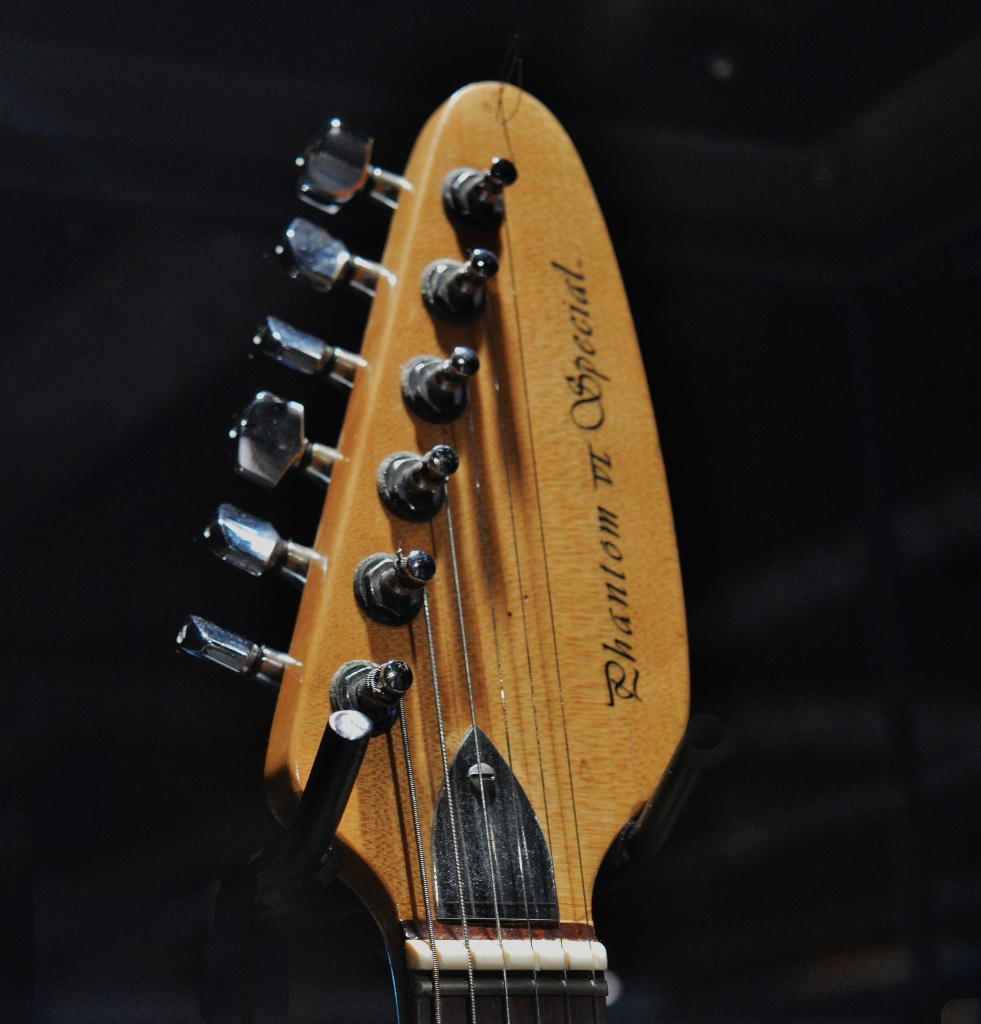 The following excellent description was meticulously researched and written by Ilze Frey and can be found on her Instagram account (@ilze_frey):

'Vox Phantom VI Special - the iconic white pentagonal-shaped guitar that Ian Curtis played in Love Will Tear Us Apart video. A British-made guitar, it featured in-built effects (such a fuzz and repeat percussion) which were operated by push buttons. Ian used it from September 1979. The push-button effects helped shape Joy Division’s sound and Ian’s emergence as a guitar player also freed up Bernard to experiment with synthesizers. It was used on Joy Division’s 1980 European tour, on the recording of Heart and Soul, as well as later on New Order’s Everything’s Gone Green.

Following Ian’s death, the guitar was passed on to his band mate Bernard, and then to Ian’s daughter Natalie. It has also been in the possession of Johnny Marr, who formed Electronic with Bernard in 1988.

Natalie, a professional photographer, was just one year old when Ian committed suicide aged 23 in 1980. She said in a statement: “The guitar came to me at a time in my life when I was keen to learn more about my late father. I’m not at all musical, yet it is fascinating to see my father’s guitar, I mean, it’s such a personal thing. Since I’m a visual person, the Phantom is especially interesting to me, as the design is rather unusual. I grew up around and have worked with musicians, and although I’ve seen a lot of guitars, I’ve never seen anything like this. From everything I’ve been told about my father, he was very obsessed with how things looked, and so to me the Phantom makes sense as it very much feels like Ian Curtis’s guitar.”

The guitar was sold at an auction to a private collector in October 2020. It was expected to fetch around £60,000-80,000 but was sold for staggering £162,563. This is the first time in 30 years the guitar is on a major public display. ‘Use Hearing Protection’ Factory Records exhibition is currently on at the Science and Industry Museum in Manchester.'

Photographs were taken at the fabulous Factory records 'Use Hearing Protection' exhibition at Manchester's Museum of Science and Industry.