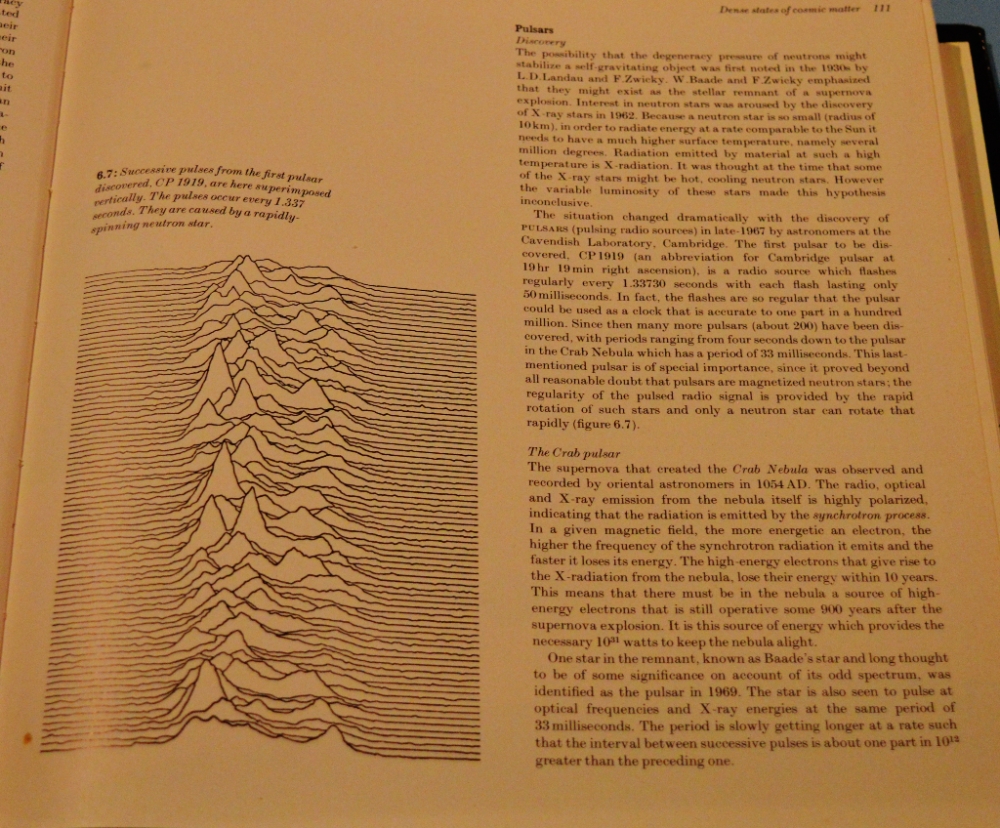 Page 111 from 'The Cambridge Encyclopedia of Astronomy', showing Fig. 6.7: Successive pulses from the first pulsar discovered, CP1919, drawn by Harold D. Craft Junior. 1979. This was the image found by Bernard Sumner in Manchester Central Library, and used on the front cover of Joy Division's 'Unknown Pleasures' album - as designed by Peter Saville. In other words, the image that launched a 1000 t-shirts!