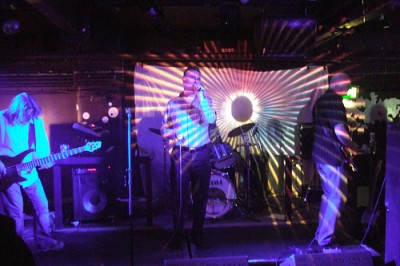 Band played about an hour ending in 'the Plateau Phase' track. Also on the bill were Triclops, DJ's for the afternoon included Graham Massey, MorganStein and Alan Hempsall.