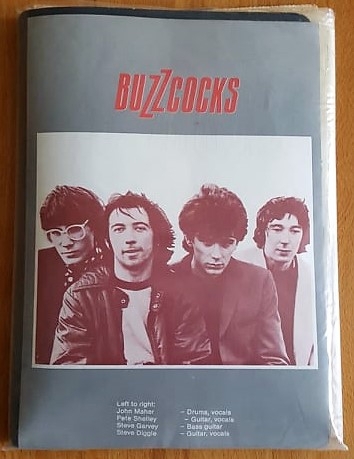 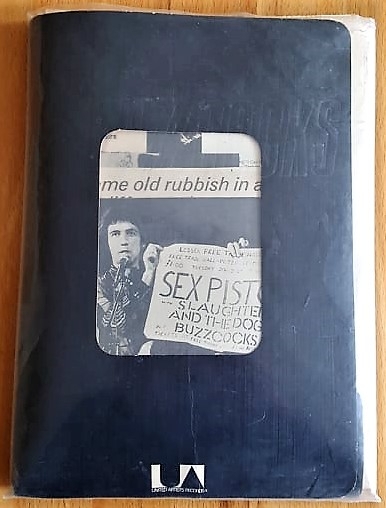 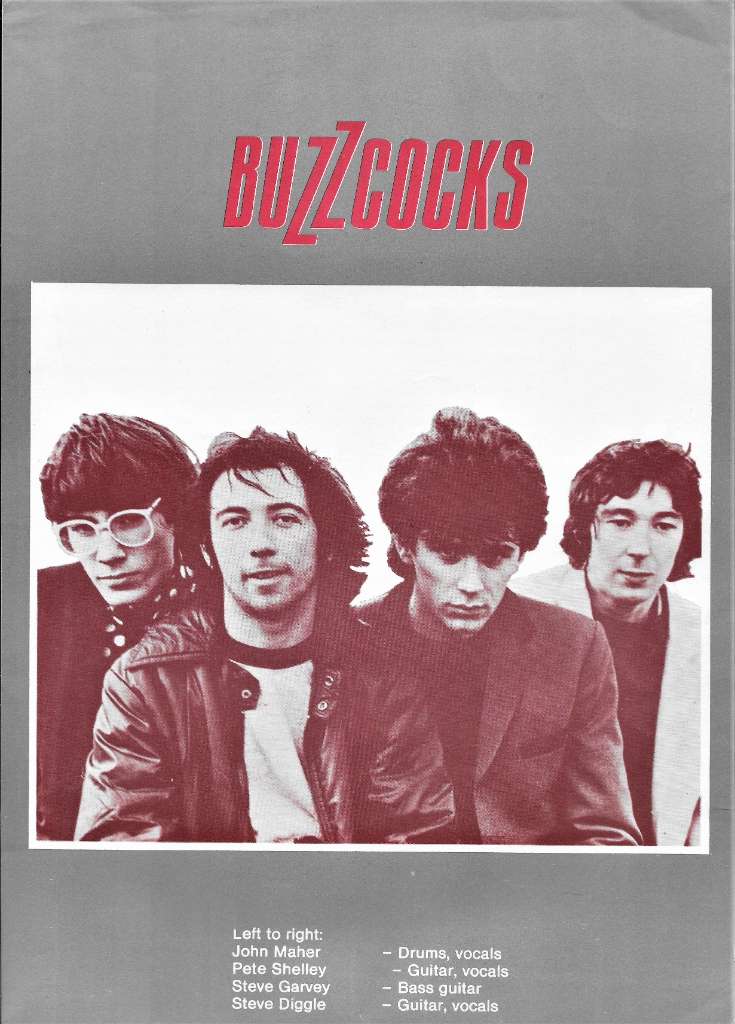 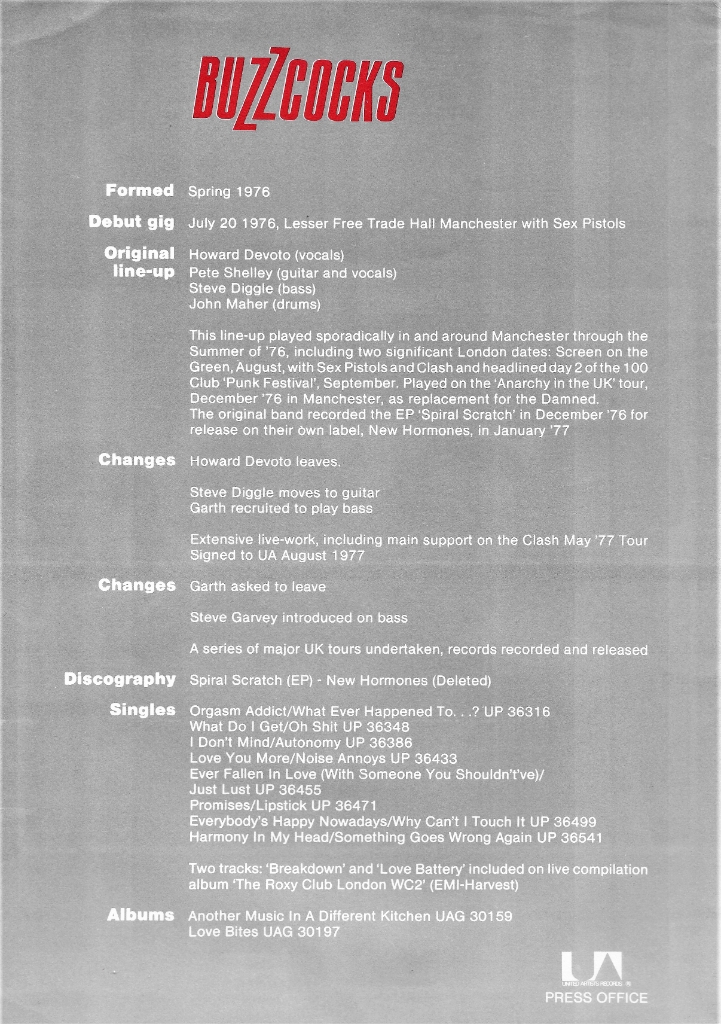 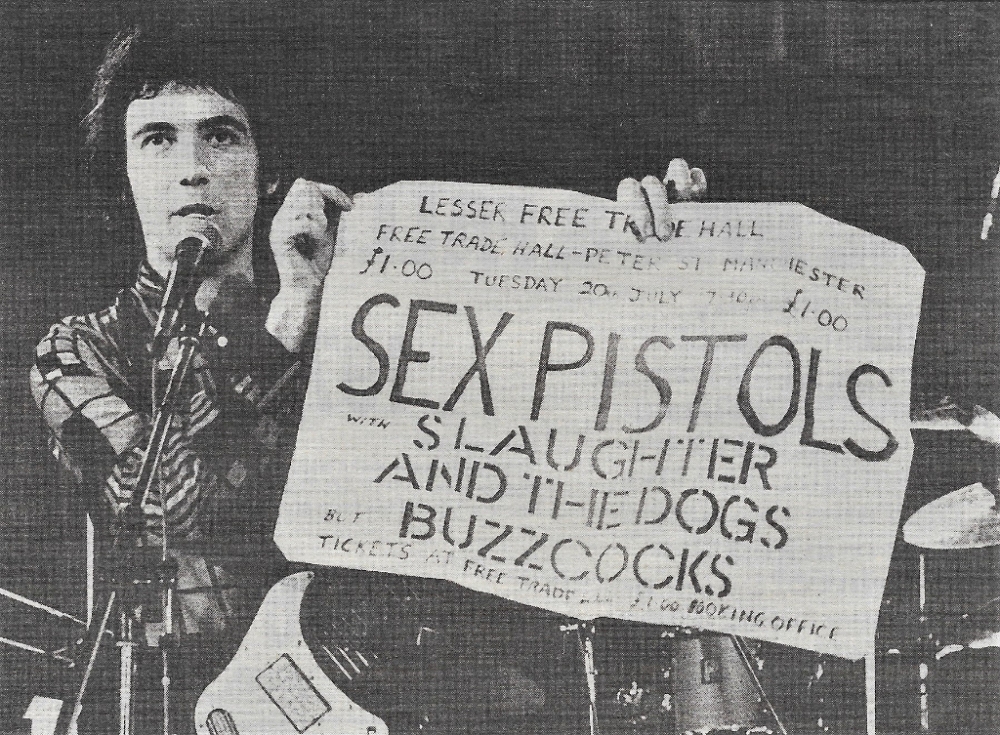 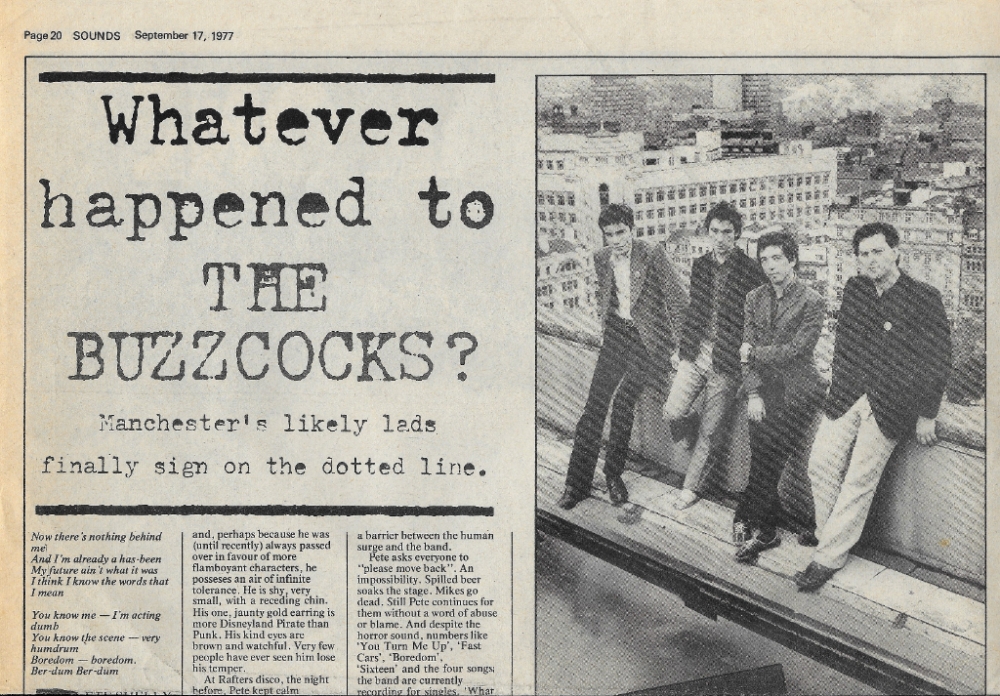 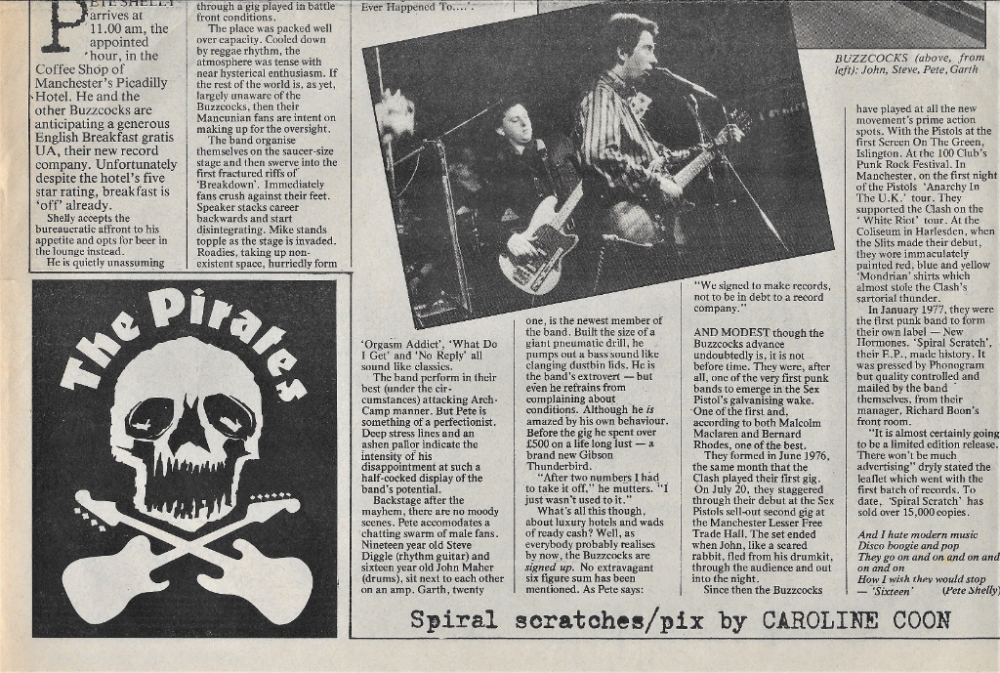 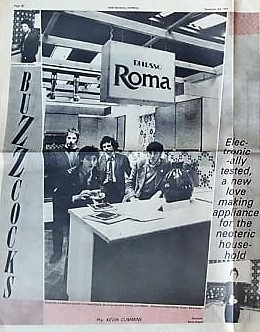 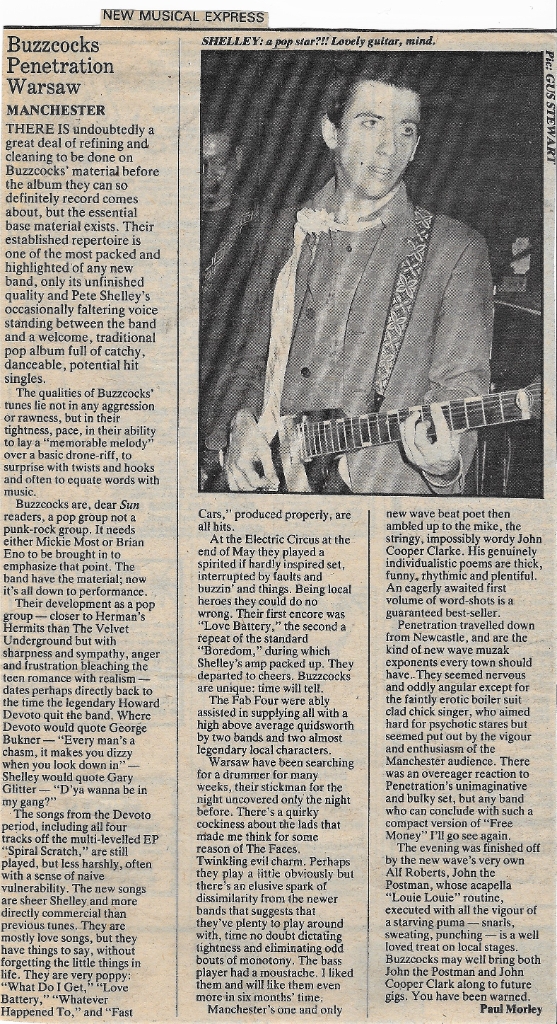 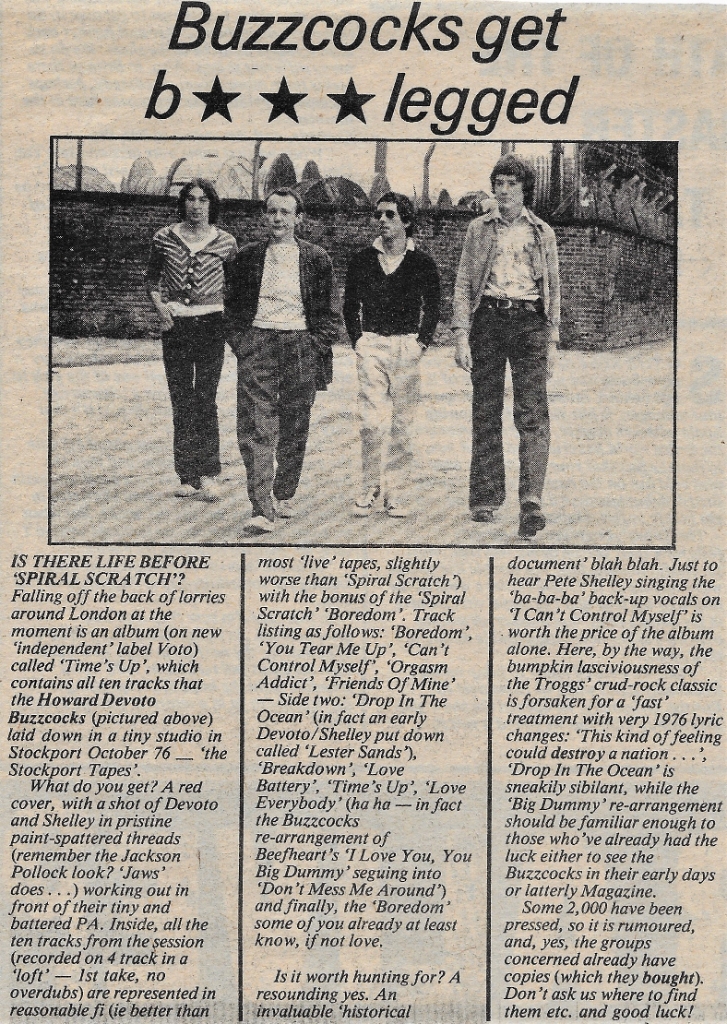 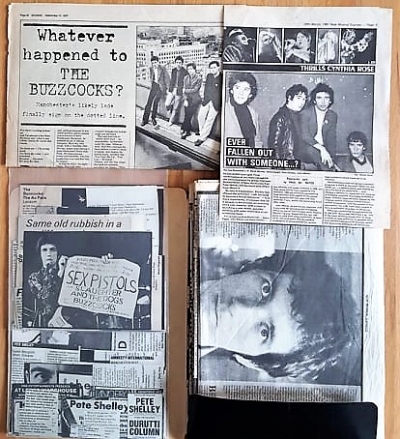 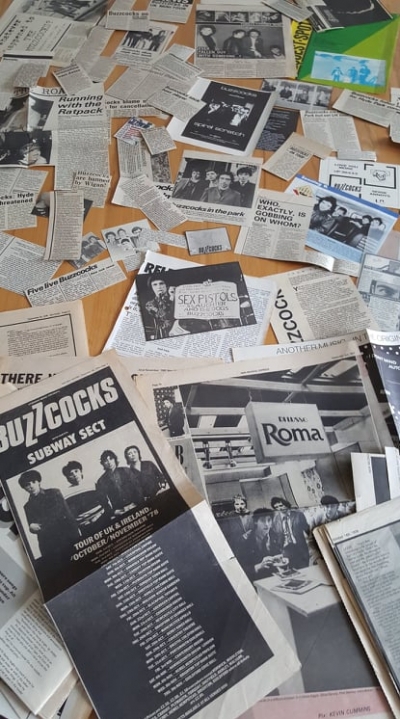 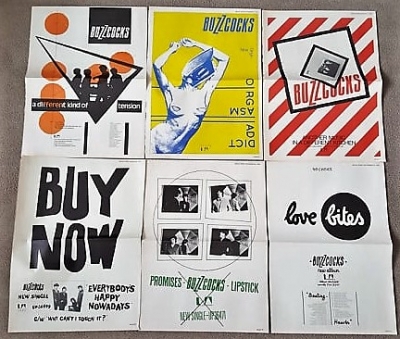 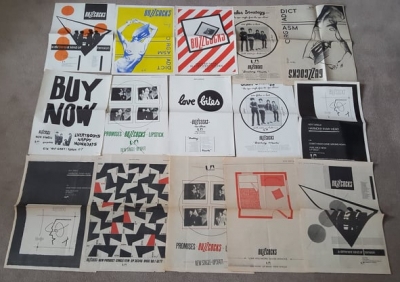 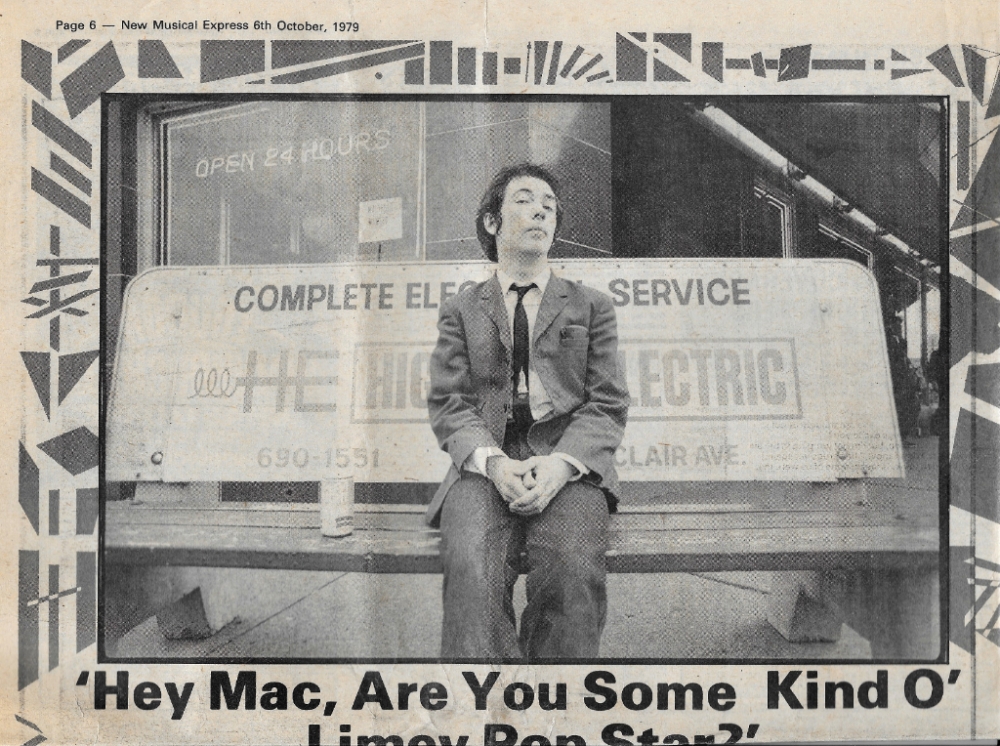 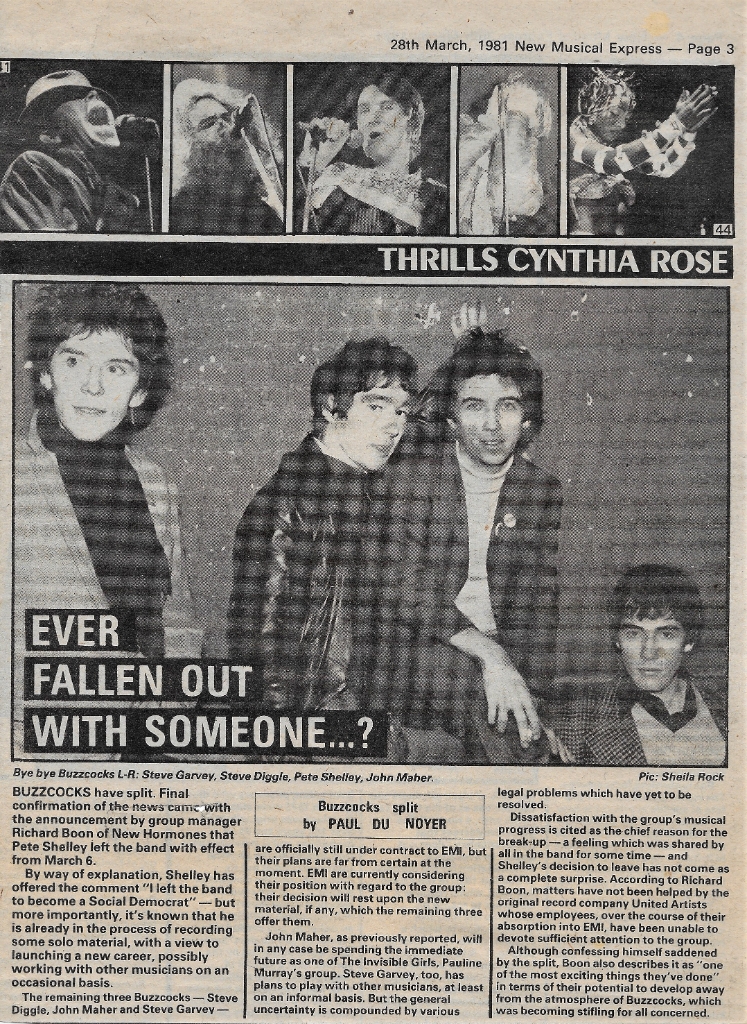 Document - The official BUZZCOCKS United Artists Press Office Folder.
Contents - An information history card, a custom made Buzzcocks plastic bag and folder, full of magazine and newspaper cuttings from 1976 to 1986.

I have scanned and photographed a small selection from hundreds of paper items. Including an early photo and gig cuttings from 1976/77 in Manchester.
Buzzcocks first concert photo, 20th July 1976, at the Lesser Free Trade Hall.
Buzzcocks, Penetration, Warsaw gig on 29th May 1977 at the Electric Circus.
Buzzcocks split confirmation in the New Musical Express on 28th March 1981.
And Buzzcocks cheque presentation to Manchester Hospital for a body scanner.

The Buzzcocks have had a long career, first active from 1976 to 1981.
These cuttings date until 1986, and include Pete Shelley's solo career.

The Press Folder is a treasured part of my Buzzcocks record collection.
Artefact added : 3rd March 2022
by curbsfan