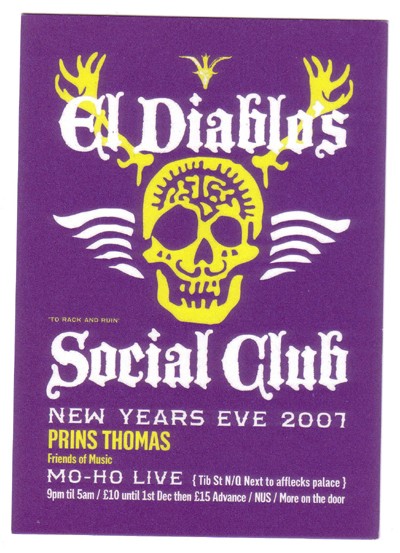 Another New Year flyer, this time from the El Diablo's Social Club crew.

The Diablo boys lured Eskimo artist and Lindstrom right-hand-man Prins Thomas over for the occasion and apparently he blew everyone's minds, kosmichely speaking, you understand.

I was going to go down to this, but instead spent NYE in a West Lancs village trying to score off passing sheep. :-(

El Diablo's have now moved to Trof's new club venture, 'Deaf and Dumb', so called as it was previously Manchester's Deaf and Dumb Institute - a beautiful three-floored listed building.