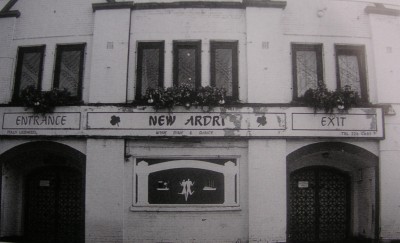 It seems this was known as the New Ardri as the original Ardri club was the former College Cinema on Coupland St, Chorlton- Cum-Medlock which hosted roulette, cabaret and wrestling.

onlooker Says –
It's nice to see my picture getting a wider viewing & its good to see. Can you update the details to reflect that it was taken by myself, GedC? Ta
If you'd like to leave a comment, please Login. Login
Manchester Digital Music Archive is licensed under an
Attribution-NonCommercial-ShareAlike 4.0 International License.
Charity no. 1164179
Our archive currently contains 3673 Bands, 737 DJs, 1353 Venues, 238 Industry Professionals and 22314 artefacts contributed by 3630 members.