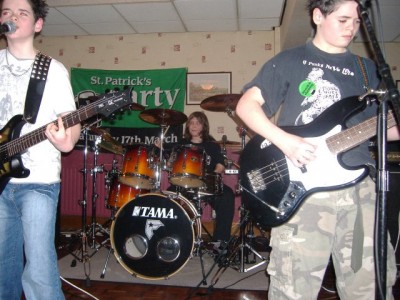 The band was formed in March 2006. Kurt & Cam Maunder, Identical Twins , met Dan Patton at a local Jam Night, where Dan, who was only 11 at the time was the resident Drummer. Kurt & Cam were 12, but thier age didn`t stop them from getting up and blowing the minds of the audience with some totaly unrehearsed numbers from Green Day & Blink182.
They Have been Giging localy ever since, and are writing thier own songs. A selection of these songs have been recorded and are on thier first CD.
Artefact added : 27th March 2008
by O.C.D.