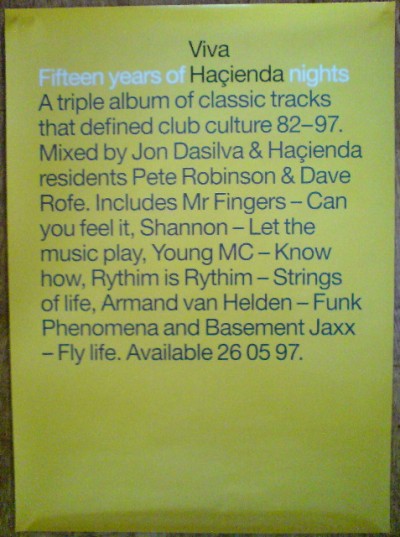 Poster advertising the release of Viva Haçienda, a compilation of some of the best tracks played at the Haç over fifteen years.

It was a bit of a rush release and had to be compiled in little over 48 hours or so, hence some improvised mixes held together mainly by the skills of Jon Da Silva and engineer
Andy Robinson, who later became one half of New Order's management team following the death of Rob Gretton.
Artefact added : 6th May 2008
by 1963