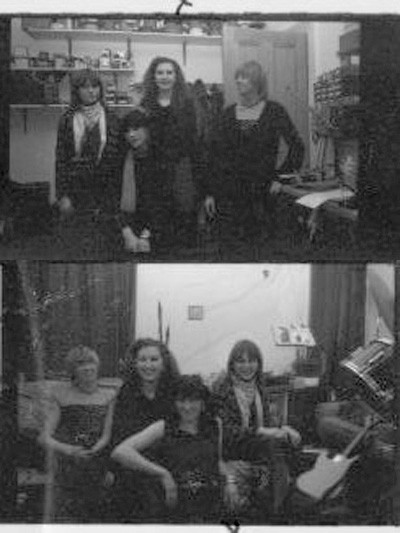 Electra Complex consisted of Louise Alderman ("Manchester Mekon") and Martine Hilton ("The Passage"). They had previously played together in "Property of." but Martine had left to join her sister Lorraine in The Passage. When the sisters jointly departed, Martine re- linked with Louise to form Electra Complex, along with guitarist Lindsay Turner and drummer Paulette Story.

The band were heavily involved with the Women in Entertainment movement and for a couple of years played around Manchester including the Band on the wall, before band members left to follow other projects.

The Pictures were taken at my House In Heaton Chapel. I think the date of the band was 1980 as I didnt get together with martine until after she had left the Passage even though I had been working with Lindsay in '79

Sent in by Louise Alderman
Artefact added : 25th May 2008
by mat