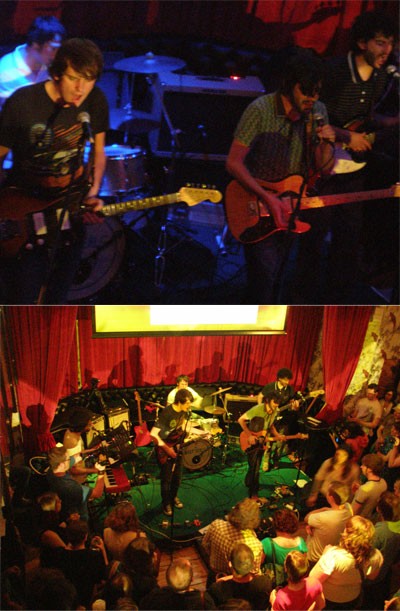 The Beep Seals play a nice intimate gig at The Deaf Institute to celebrate the launch of their debut Lp. Bottles of bubbly were opened after the set. I counted 7 video cameras filming the gig!

The album has been produced by Teenage Fanclub's Norman Blake who joined the band onstage for a few songs (hurrah for 'The Concept'). Norman also opened the show with a short set of American songs accompanied by George Borowski on guitar.

The Deaf Institute is my favourite new venue, I seem to have been there a lot lately.
Artefact added : 6th June 2008
by mat