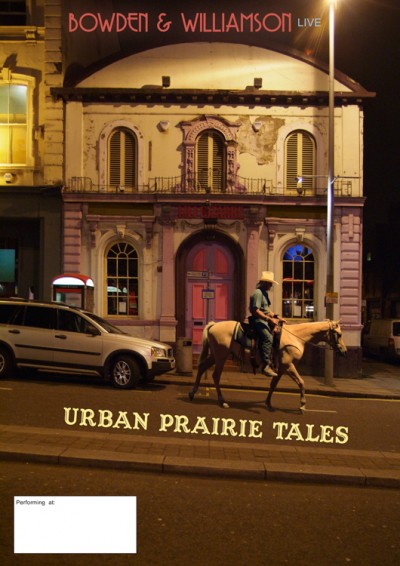 I was the singer with Right Band Wrong Planet. In my opinion, we were one of the most original bands around .... RBWP was initially formed as an offshoot from the Roach Twins ... but we definitely outgrew the humble 12 bar.

John Snelson was a great friend and musician, and he is a sad loss ... His work encompassed many types of music, as all those who were at his funeral and wake will attest.

I have no memorabilia from the RBWP days, not even recordings, and eould love to have some!

I now live in Chester, but still sing with the Roach Twins .... and am also in an acoustic duo Bowden & Williamson, alongside the guitarist from the Animals (who many will remember fro his days in Skeleton Crew) ... I shall upload some Roach Twins stuff
Mike (big dinners)
Artefact added : 29th July 2008
by bigdinners

Im now living in Canada, spent many a night in the kings arms salford listening to you guys.

So funny having a pee in the toilets with John snelson at the back of me tuning up the bagpipes, brilliant memories.


where can i get some recordings of rbwp.