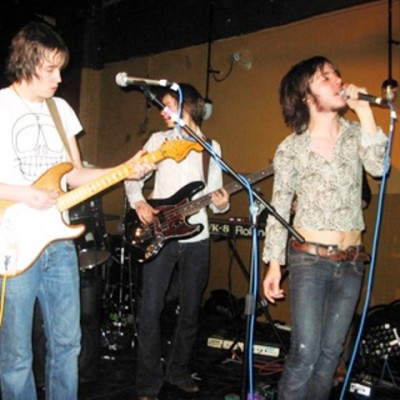 In 2006, Politburo announced their presence with a shout of "The revolution will not be catered!" before laying into plates of bar snacks as if they'd not eaten in weeks. In 2007 Band(ism) scared the hell out of couples enjoying a romantic Valentine's Day burger but ended up completely winning over the half the clientele who didn't bolt for the exits immediately. Amazingly, those nice people at Manchester's Hard Rock Cafe (in the Printworks, opposite Exchange Square) have allowed ManchesterMusic to entertain their customers for a third year, and one thing that's certain is that it will be as strange and wonderful as ever. Sounds Like Manchester kicks off tomorrow night (Wednesday 9th) with The 66, The Star Fighter Pilot and Fog Lights. It's free to get in and the live music kicks off around 10pm.

The 66 confirm a youthful optimism on all counts, as the full potent impact of a raw and ripping early Stone Roses sound influenced by Slaughter And The Dogs – a rugged rock/garage/indie troupe whose live performance is as tight as it is incendiary.