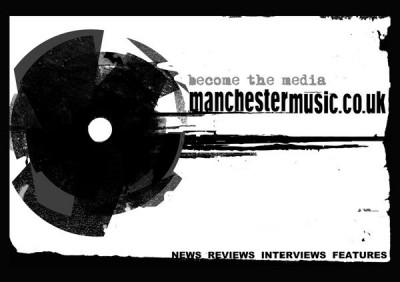 After the appreciative acknowledgements to Martin SFP Bryant, it's time for The 66 to rock the Hard Rock so to speak, with their magnificent celebration of everything that's brilliant about northern music. You can literally taste 30 years of stomping rock and roll, from a bunch of kids who should only by rights have been listening to Duran Duran as infants. They cruise through a set of tasty tracks, looking like the Rolling Stones and The Faces at their best, whilst throwing shapes from indie Madchester. It’s not long before singer Daniel Rimmer is stood on the 20 foot high speaker stack, almost touching the ceiling as he exerts the melodic manifesto. They’ve also brought a massive crowd (all the way from the other side of Warrington) and some of them are completely, passionately, bonkers. After one of the fans made it onto stage they had to be untangled from a maze of wires they’d drunkenly wandered into and I just won’t go into the crazy dancing by someone at the top of the stairs...

The band provide a forceful performance, with the guitars rolling up their sleeves and locking into the solid basslines, both providing thick walls of sound and adequately jazzed and jangly interludes. They’ve got the real benefit of a great drummer too, as well as the atmospheric contributions from some synths and keyboards. This transports them easily from their various inspirations, like a convincing and youthful post-Ian Brown to the massive stadium stomps of The Verve at their most potent and commercially astute. After Mike has clambered up to the railings of the mezzanine floor with his megaphone, it’s time for a mega-version of “Firefly”, a thrilling wig out of big 4/4 beats. As The 66 gather momentum it definitely won’t be long before something big happens – in fact I already think it is..

MM would like to thank Hard Rock Cafe Manchester and all the staff there for supporting Sounds Like Manchester and to Paul at Donut Sounds for PA / Engineering to the highest standards..more next month
Artefact added : 23rd September 2008
by the66