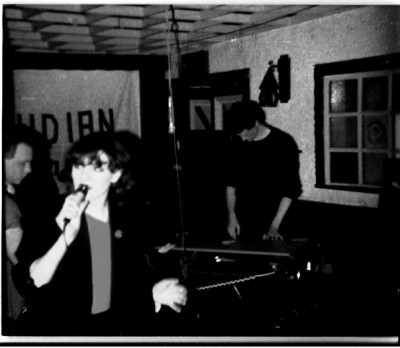 So...the forerunner of the band "The Adorables", FS consisted of 2 bass players, vox, drums and k/b.

Bill was previously in Sister Ray, Dave went on to the Adorables, also Bathroom Renovations, also played with Pete Shelly on "The Tube, if I remember correctly.

We played a lot as part of the MMC bands, Deeply Vale, The Gallery etc. Demo recorded at Cargo and Decibelle.

Most of us lived in a flat in the crescents (Hulme) with Cath (Spurtz).
Artefact added : 7th November 2008
by dale