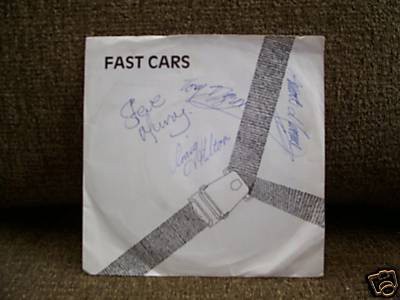 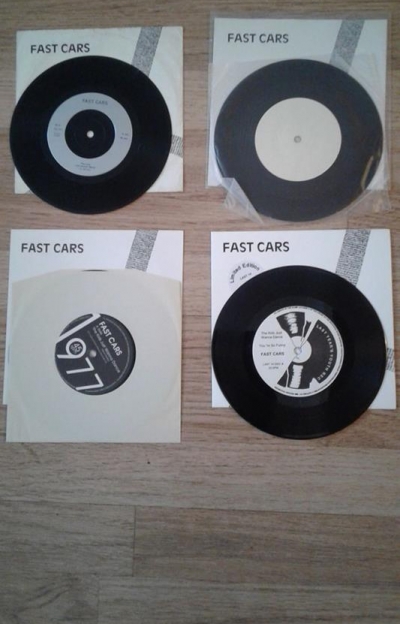 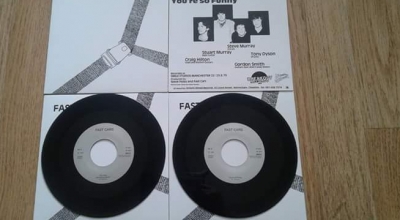 This is the single that has become very collectable around the world particularly in Japan and USA, currently listed in the 'Record Collector' guide @£250.00 !!

We recorded it at Smile Studios in Chorlton with studio owner Steve Foley co-producing and engineering the tracks.

It was released on 'Streets Ahead Records' a small indie label based at their shop on Lloyd Street in Altrincham. The owner Bob Jefferson also promoted gigs at the Bowdon Vale Social Club, (sometimes known as 'a youth club' which it wasn't, Bob organised Youth nights in the Social Club).

The seat belt design for the cover was hand drawn by Tim Liewellyn our Manager and a former Art Student at Manchester Poly. Tim was also the Social Sec there for a few years before forming his own agency, Rabid Artistes.

The photo on the back was taken by Martin O'Neill outside Bowdon Vale Social Club in March 1979. He also took photos of Joy Division's gig a week later which have been subject to several exhibitions.

It has also appeared on several compilations and in 2017 it was on 2; Manchester North of England (Cherry Red Records) and Gary Crowley's Punk and New wave (Edsel Records).

The Gary Crowley release is being put out on vinyl for Record Store Day 2018.
Artefact added : 9th November 2008
by fast cars