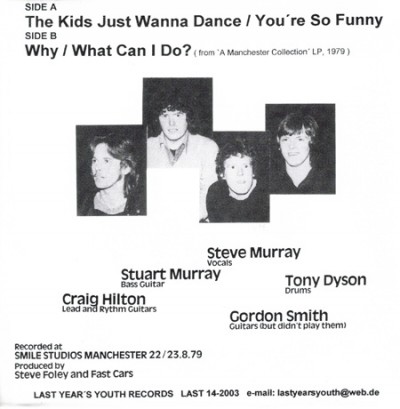 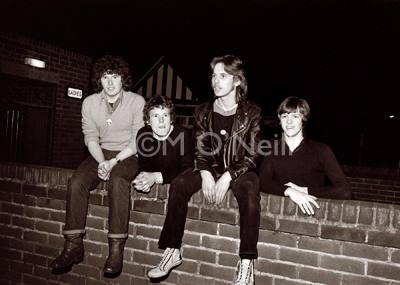 This is the back of the cover for "The kids just wanna dance." This particular version is from an official re-release in Germany in 2003. It was bootlegged in Japan in the 1990's and officially re-released there in 2001 prior to our tour.

The song has appeared on several compilations some official some not!

It was recorded at Smile Studios in Chorlton and produced by the band and the studio owner / engineer, Steve Foley.

The seat belt design for the cover was hand drawn by Tim Liewellyn our Manager and a former Art Student at Manchester Poly. Tim was also the Social Sec there for a few years before forming his own agency, Rabid Artistes.

The photo on the back was taken by Martin O'Neill outside Bowdon Vale Social Club in March 1979. He also took photos of Joy Division's gig a week later which have been subject to several exhibitions.
Artefact added : 9th November 2008
by fast cars