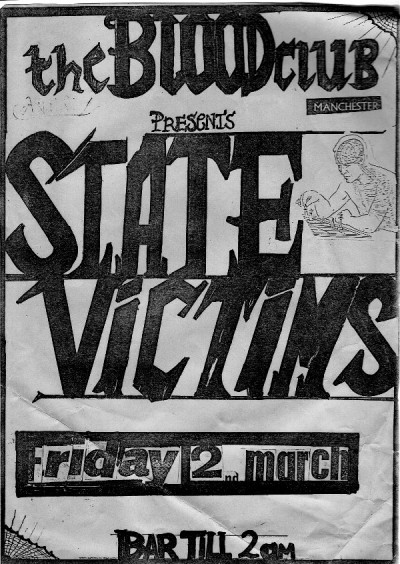 The Blood club was a punk goth night which was the brain child of Dave Booth who we all know went on to greater things with the manchester indie and dance sound of the 90,s and beyond-

this is a flyer from one of those gigs.
The Angelic upstarts also played the venue on the Blood club night - Dave moved on to cloud nine and more goth nights. His music tastes obviously evolved as he later moved on to the Hacienda. Nice guy always well into his music and perhaps ahead of the curve in many respects
Artefact added : 14th March 2009
by boy in exile