The Cassettes
Press
The Apollo
2007 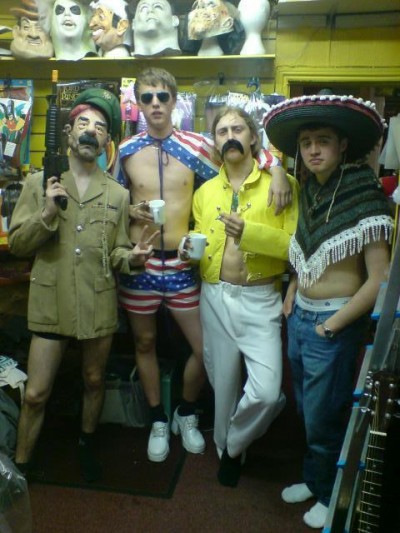 The Cassettes were informed of their supporting role hours before sound check by Ewan Saum who had submitted a request for them to support INXS on their behalf. Bassist Graham Driver is said to have closed up his branch of the book makers William Hill's in order to make it to the gig. The band were at the peak of their local popularity at this point, attracting large audiences of young people to their shows in and around Manchester. Their set included such songs as Coke Fiend, Eastern Promise, Waiting At The Bar, Get The Gift, Visit Vicky, Too Much Whisky and Crocodile.
The band's step up onto the big stage was very well received by the audience with tribute being paid to them by INXS front man JD Fortune towards the end of their performance.
Artefact added : 15th May 2009
by crimbo66