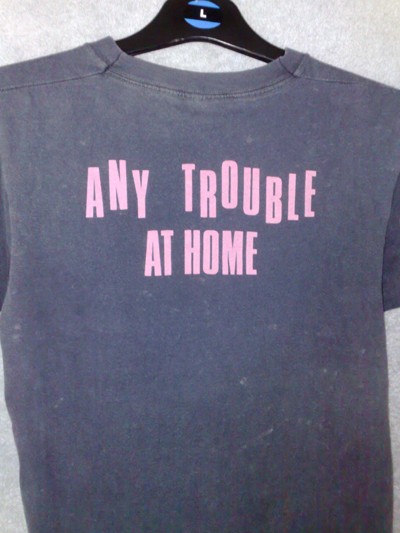 Sent in by Phil Brennan.

"...the year would have been 1981 as I got this t-shirt from Clive Gregson when they were promoting ‘the official bootleg’ (Live at the Venue) one day at B & G Records which was the greatest record shop ever.

We used to watch Any Trouble (and The Cheaters) at The Grey Horse in Romiley quite a bit as they used to use the Church opposite for their rehearsals, I remember Clive giving up his job at the DHSS in Hyde so that he could ‘turn professional’, he has turned out several great albums over the years and last time I heard he lived in Nashville (lucky git).
Artefact added : 15th July 2009
by Abigail