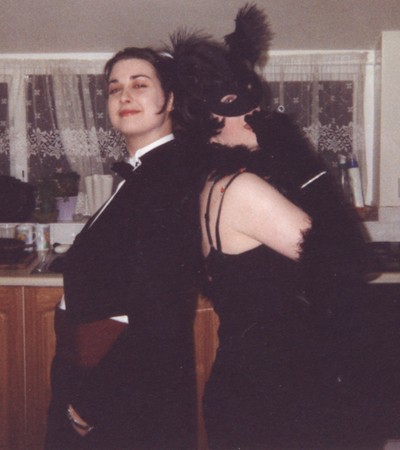 "... But by 1998, some of the same DJs and club goers that had inspired the 'Gaychester'/house boom were growing tired of the commercialisation of both the scene and the music. At this point, LGBT club nights boasting a more eclectic soundtrack spanning disco, hip hop, funk and indie began to emerge. Club Brenda, Poptastic and Homo Electric were at the forefront of this movement. Like the punk scene that had come before, these clubs celebrated difference, with flyers boasting slogans such as ‘Music is life, gym is the coffin, be ugly'. "
Artefact added : 10th September 2009
by Abigail