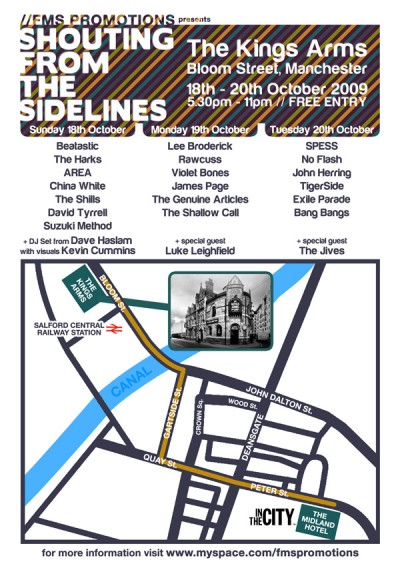 A long time ago a man who worked in the virgin record shop in manchester gave me a job for a fleeting moment in my life- i worked as a goafer in an old club in hyde/gorton - i met the most fanstastic people and bands and had the time of my life- i was just 17 a shy boy from salford.

this is for all the people who ever gave it a go and belive in music - it would be a pleasure to see you on Sunday monday and tueday for a beer - its free not the beer but the gig.

see you all in the city

We probably worked together then; good to see that you're still active in the scene; enjoy ITC bud

did you do some dj stuff there at the club- cyrill it was- I was Paul from salford- still am but live in east anglia- returned to music in 2005 and do my bit for new bands- you cant beat live music for the buzz - this is a top site- all the best
If you'd like to leave a comment, please Login. Login
Manchester Digital Music Archive is licensed under an
Attribution-NonCommercial-ShareAlike 4.0 International License.
Charity no. 1164179
Our archive currently contains 3744 Bands, 739 DJs, 1423 Venues, 277 Industry Professionals and 27961 artefacts contributed by 3878 members.