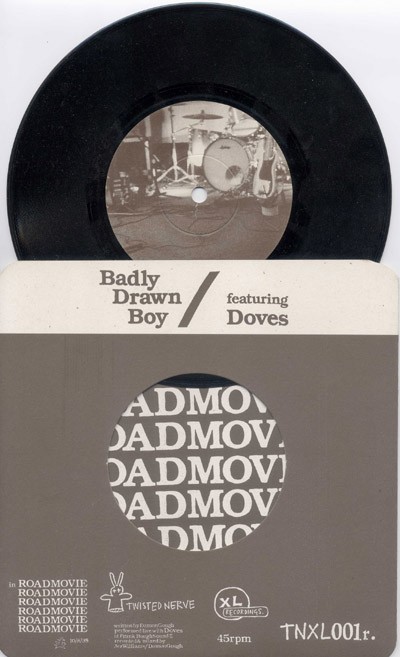 Doves had been writing and recording what would become their debut album 'Lost Souls' in the rehearsal room for a year or so.

The track was videoed by Rick Myers and recorded live in a few takes.
Artefact added : 5th June 2007
by 1963

stockycat Says –
Where can I get this? I keep asking at Vinyl Exchange.
If you'd like to leave a comment, please Login. Login
Manchester Digital Music Archive is licensed under an
Attribution-NonCommercial-ShareAlike 4.0 International License.
Charity no. 1164179
Our archive currently contains 3870 Bands, 758 DJs, 1461 Venues, 323 Industry Professionals and 29719 artefacts contributed by 4047 members.