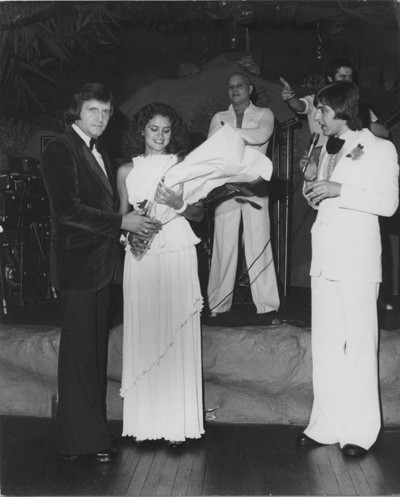 Pete Wheel was the resident DJ at Tiffany's. The resident band was (Dave Christie in white) Baccuss, and the keyboard player in the band was Howard Jones, who at the time was studying at Royal Northern College of Music. He also spent two nights a week at Piccadilly Radio performing a song every 20 minutes between 2am and 6am. I am the person presenting flowers to Miss World, Cindy BreakSpeare.
Artefact added : 1st December 2009
by Abigail