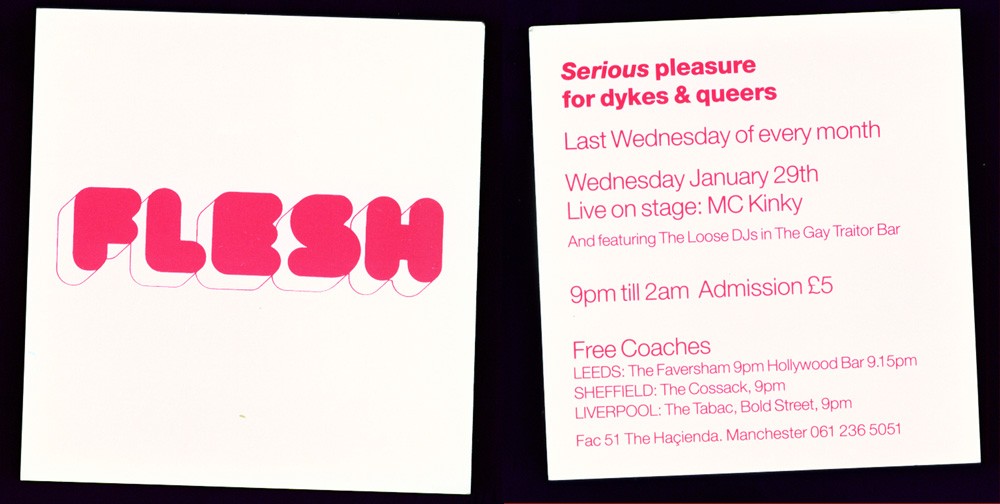 Our very first appearance at Flesh as 'Loose DJs' and we were nervous as hell! Lin and I had been putting on a monthly night in Liverpool called 'Loose' which was starting to do pretty well mainly due to the fact we had a small but brilliant and devoted crowd. Our ethos was very much about playing new house records alongside disco and funk classics and integrating the normally segregated male and female gay scenes.

Paul Cons (Hacienda) and Lucy Scher (Hulme neighbour) who promoted Flesh came over to check out the night and then called to ask if we would guest at Flesh. (I think they thought we could pad out the Liverpool coach and they weren't running too much of a risk putting us on in the Gay Traitor). Of course we bit their hands off, having been Number One and Hacienda regulars and even though Lin was a decent DJ I was most definitely out of my depth!

I remember very clearly how kind the wonderful Tim Lennox was when we thought the decks didn't work in the Gay Traitor. I ran upstairs, made him put on a long tune, got him out of the Hacienda DJ box and dashed downstairs with him. He looked at the decks and calmly released the lever for the arm which wasn't all the way down and ... put the needle on the record...! We were incredibly embarrassed but he was so kind to us, bless.

It was an ace night, we played alright and all our mates went crazy for us. MC Kinky came down for a dance and a chat which we liked because we thought she was officially 101% fit - right?!

Just noticed it was only a fiver - a bargain! 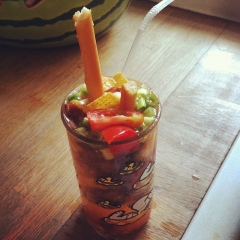