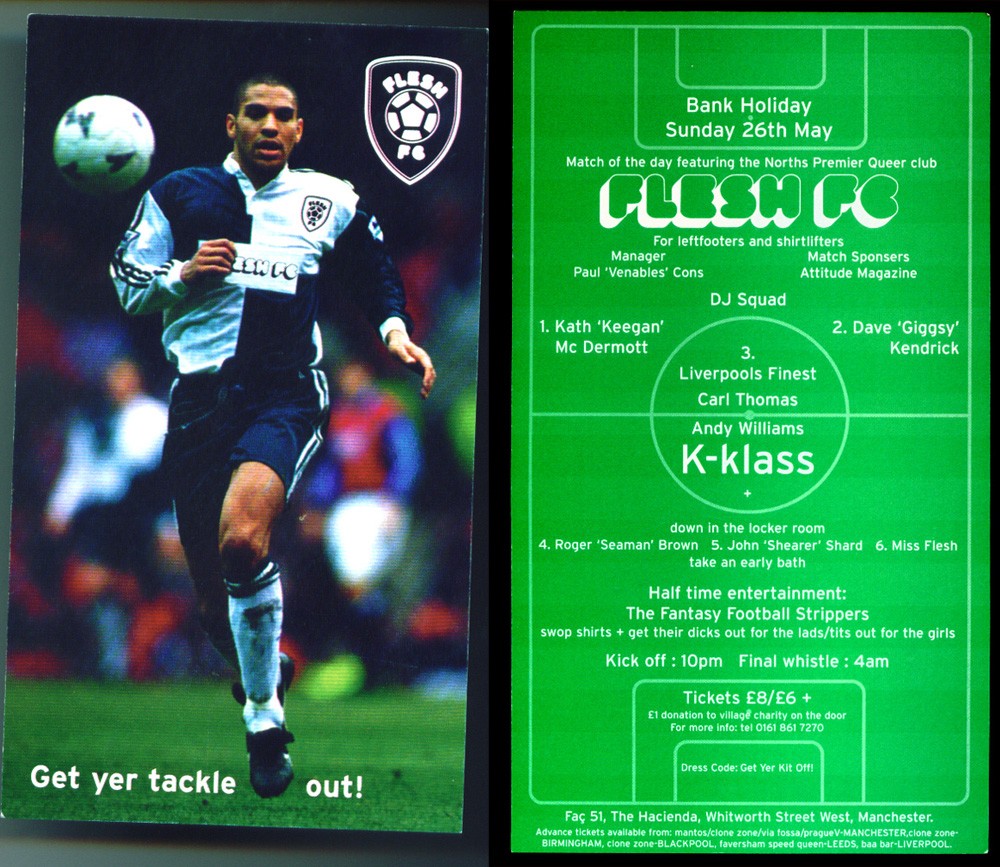 Quite weird being in a gay club with so many football colours being worn, seem to remember a few skirmishes between the dyke contingencies! Philippa Jarman always used to wear her Leeds United scarf to Flesh which used to raise a few eyebrows.

Although I would have been honoured to wear the number one shirt (Keegan!), Dave Kendrick would have been the star of the show, an ace mixer who played it harder than me which kept the punters happier when we started opening till 4am.

John Shard ended up djing in the Gay Traitor this night. He took some fantastic photos of Flesh as a young whippersnapper and went on to have a successful career as a talented photograher.

We were mad for K-Klass piano hooks so I'm sure they would have gone down well too.

Like the 'For leftfooters and shirtlifters' line; Paul Cons had a season ticket for City so probably conjured that one up at Maine Road on a slow day!