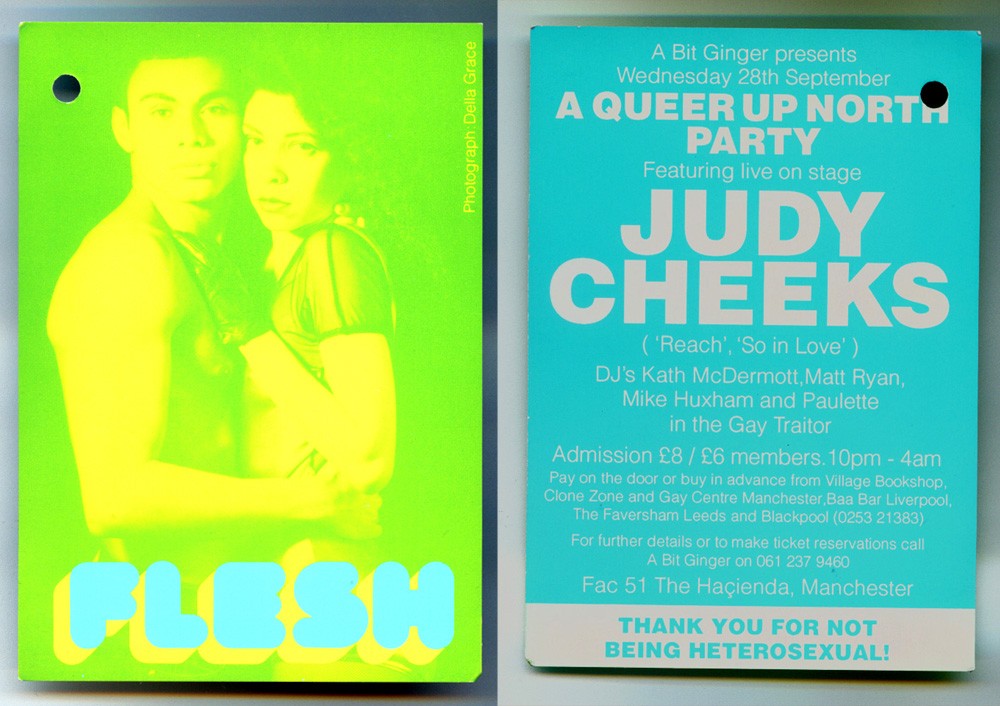 This night was actually part of the Queer Up North arts and culture festival, but they had originally named the festival after a strapline on a previous Flesh flyer which read 'It's Queer Up North'. The organisers of Q.U.N. and much of its audience were Flesh regulars so there was usually a link-up/party when the festival was on.

'Reach' by Judy Cheeks was a massive Flesh tune at the time, Matt Ryan used to play it loads (including the time he got carried away, forgot he had played it and mixed two copies for about 25 minutes - the crowd went ape-shit though).

She didn't disappoint on the night as far as I remember, although my memory of this one is hazy.

One thing is for sure, Mike Huxham would have definitely rocked the floor, playing a tougher selection of harder, more progressive house that the crowd were well up for. I'd known Mike since schooldays, he was a dj, musician and technophile and my dancing buddy and had tried to teach me how to dj when I was younger on numerous occasions!