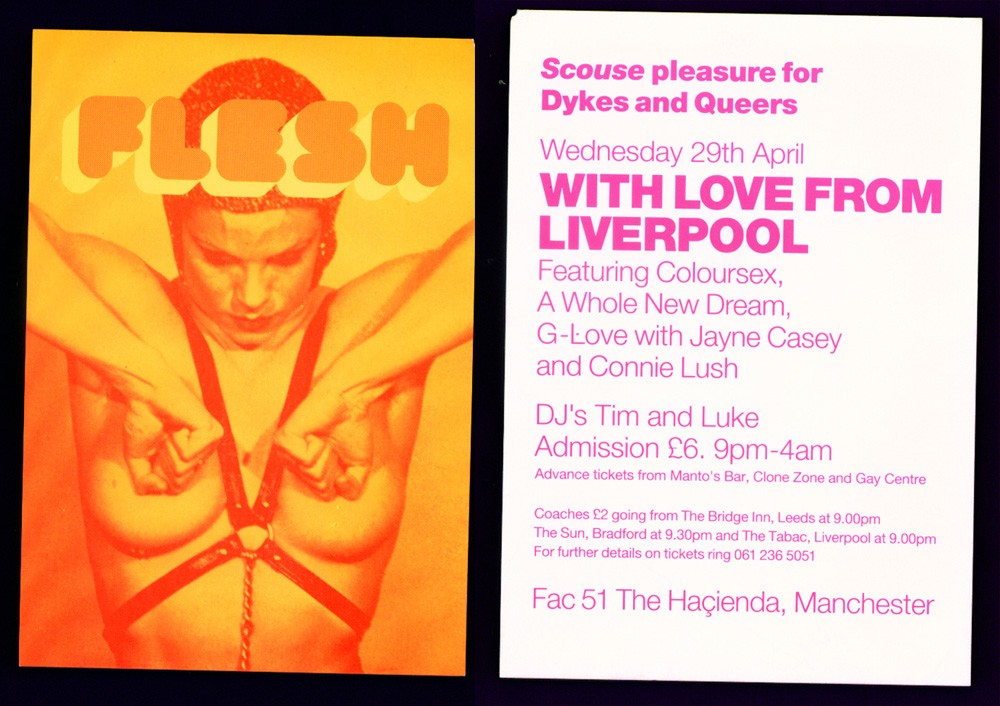 This was a good one, not least because loads of mates were over from Liverpool. I think I was djing with Lin in The Gay Traitor as 'Loose', although we're not on the flyer.

We used to go to G-Love at The Mardi Gras in Liverpool a lot, which was heavy-going as it was normally the night after Flesh. An ace crowd, with quality balearic-tinged house music and put on by 8 Productions who were behind most of the acts appearing at this Flesh.

Jayne Casey was Liverpudlian royalty and Connie Lush was a wild blues singer, all of them knew how to party hard!

Loads of Scousers used to come to Flesh and there was normally a coach on, so it would make sense to get this lot over to perform. Some of the same people went on to create Cream and Garlands in Liverpool.

Mark McNulty took some great photos of the 8 Productions gang and clubbers at this time, his facebook page is good.