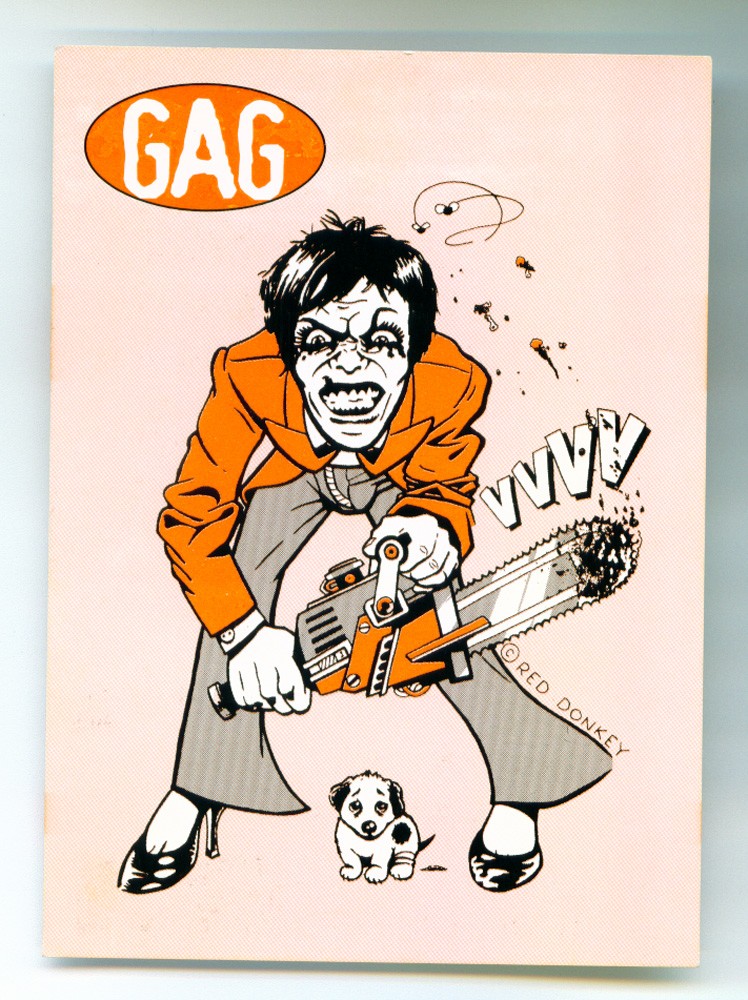 It was always good to be involved in Queer Up North events and these were no exception, you never knew exactly how twisted Divine David would get on the night, he usually went too far, which was why he was so revered. He was a tough act to follow for sure! Twinkle was a great character who was a clueless Canal St raver invented by our friend Debs. Chloe Poems was hilarious as always.
I seem to remember us going on a bad-taste-tack-fest for the music on these Gag nights.