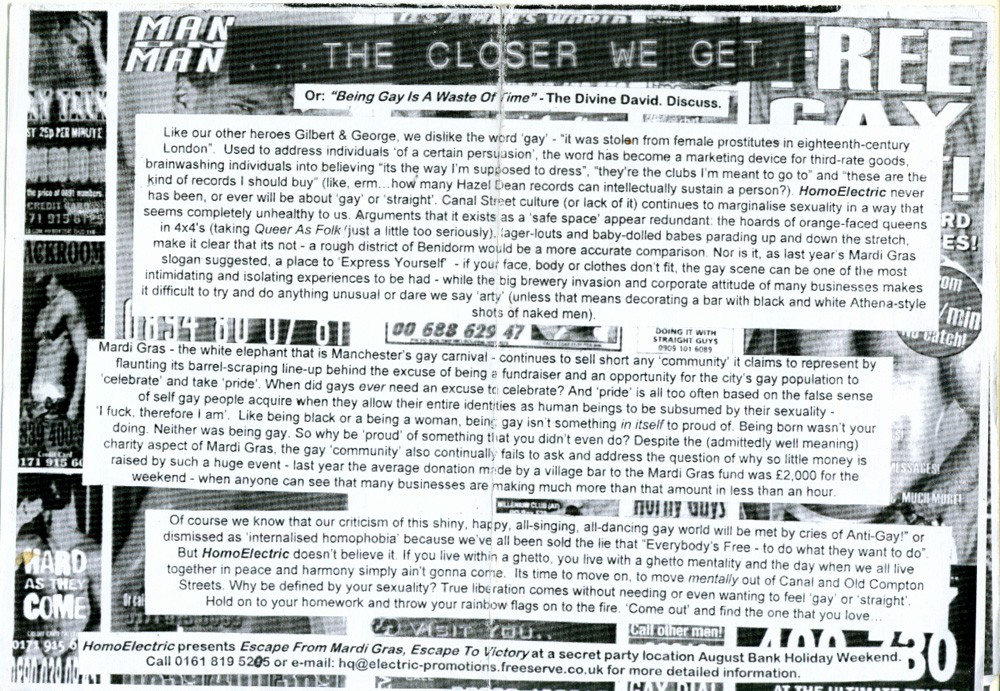 Homoelectric Chronicle #3 and Ryan is eloquently venting spleen for the rest of us. Many people felt disenfranchised by Canal Street and were incensed that the bars were using Mardi Gras to cash in, without donating any serious money to the HIV charities that it was supposed to be in aid of. It had become part of the corporate machinery that we were rejecting. At this stage in the proceedings, 'why be defined by your sexuality' indeed.