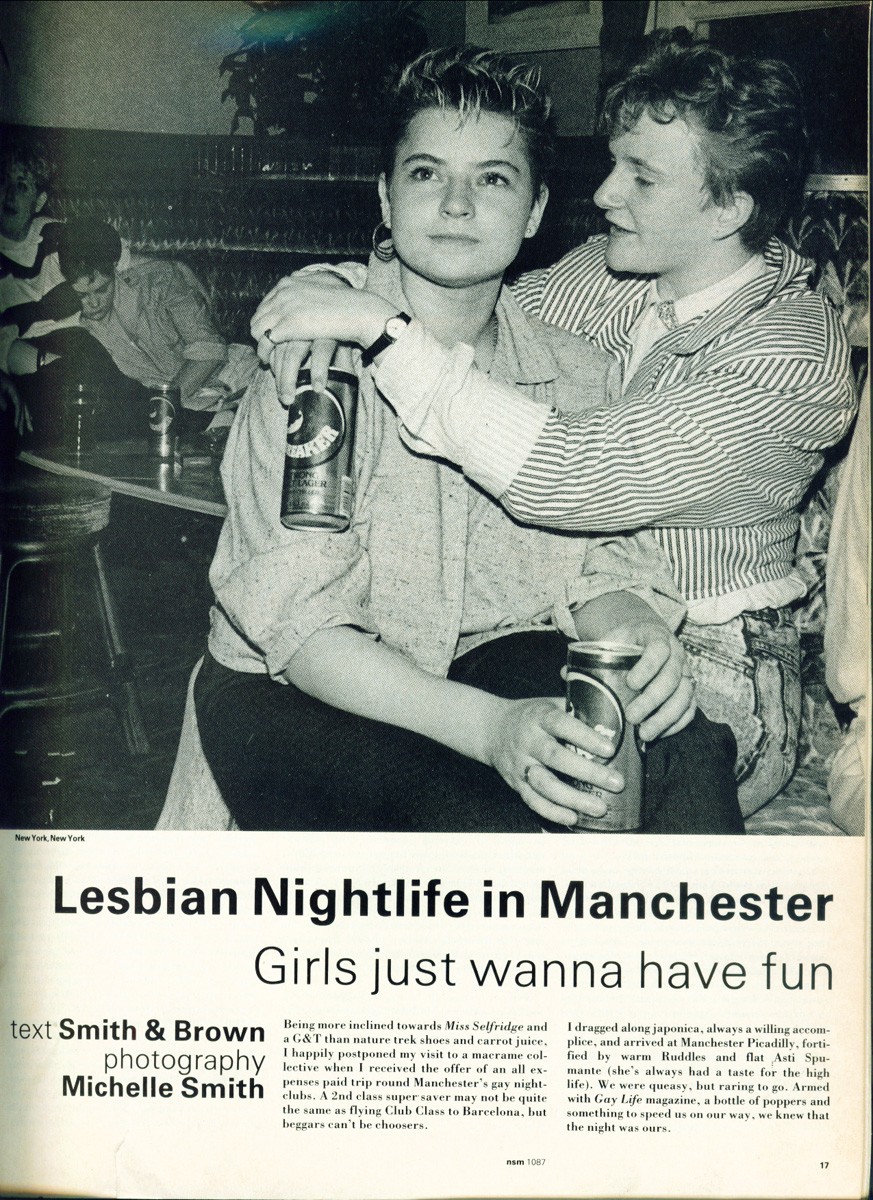 Thanks to Philippa Jarman.

Bigmouth Says –
I like how everyone is drinking Breaker and the girl at the back is catching 40 winks.

Abigail Says –
I love this picture. I want to scan the article and convert it to text to add it to this picture but I can't work out how to do it. :-(

Claire Solanki Says –
That's a great shot of the two women in the background - typical dyke night out!! Brilliant uploads, by the way.
If you'd like to leave a comment, please Login. Login
Manchester Digital Music Archive is licensed under an
Attribution-NonCommercial-ShareAlike 4.0 International License.
Charity no. 1164179
Our archive currently contains 3831 Bands, 752 DJs, 1452 Venues, 303 Industry Professionals and 29436 artefacts contributed by 3983 members.