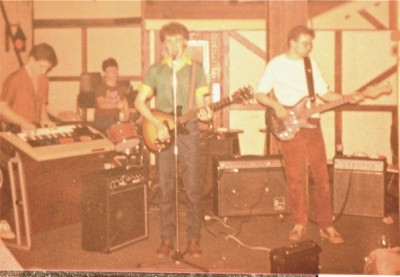 Sent in by Michael Dunne:

The band were members of the Manchester Musicians Collective and included Andy Connell, later of A Certain Ratio and Swing Out Sister and also Jane Lancaster, later of It's a Fine Day by Jane and Barton. Jane joined the band after these pics were taken.
Artefact added : 18th March 2010
by Abigail