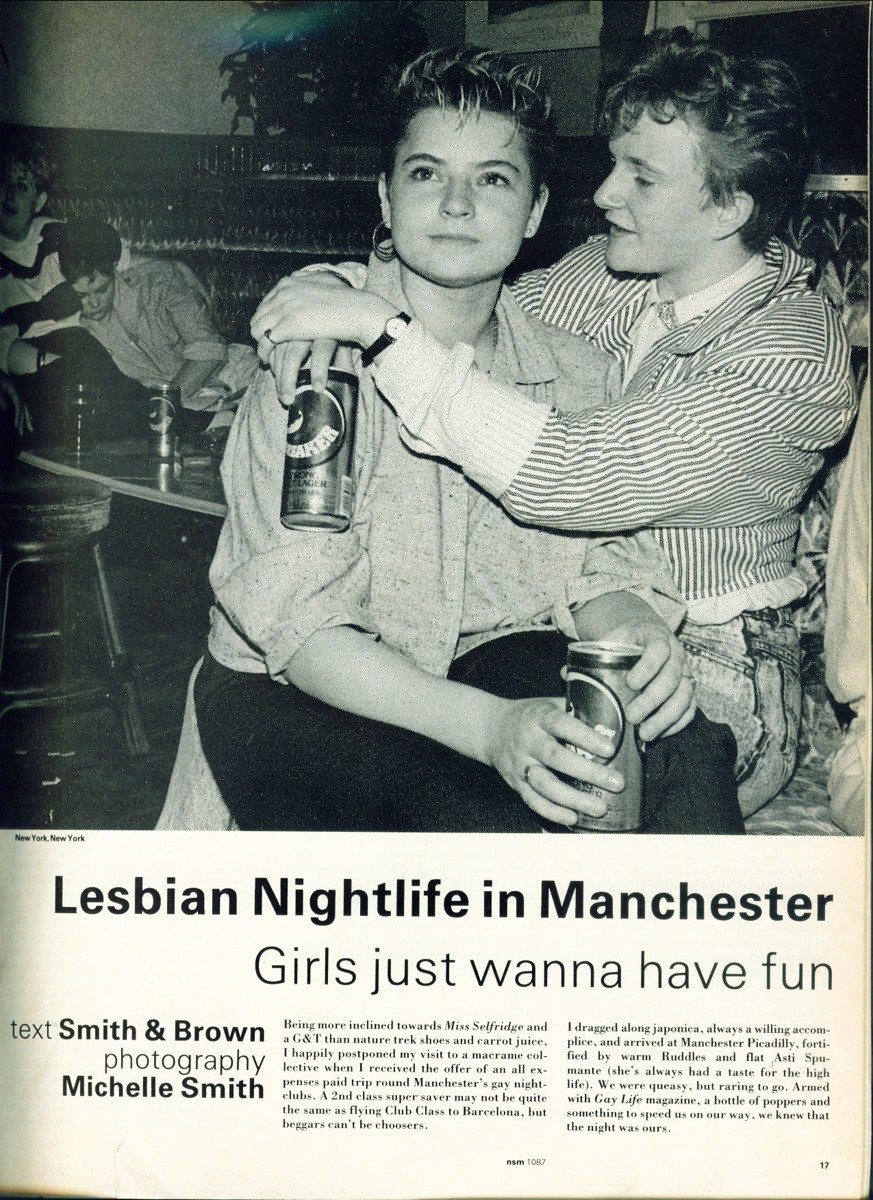 Includes mentions of Sappho's; The Village; New York, New York; The Victoria; The Number One Club; Napoleons; and The Archway.

"We both felt that Sappho's was one of the nicest places we'd been to in a long time, though this was somewhat marred by the knowledge of the discrepancy between the wages of the women bar staff and those of the men downstairs at Rembrandt's."

Click more to zoom in and read the article.